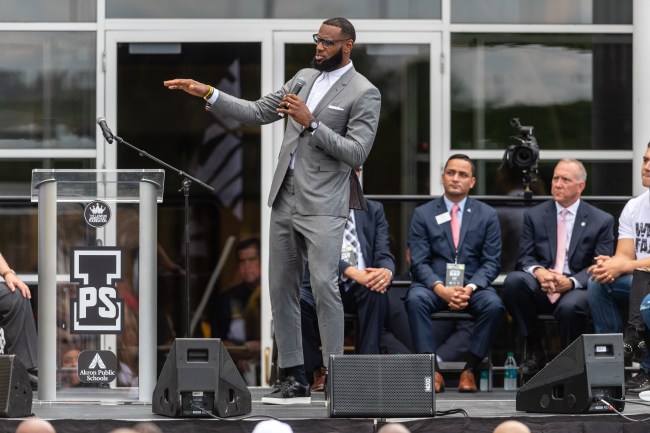 LeBron James may have a rough year on the court with the Lakers this season but he’s accomplishing much bigger things off of it.

LeBron’s I Promise School, the public school he founded for at-risk students in a partnership with Akron Public Schools two years has shown ‘extraordinary’ results as test scores have exceeded expectations according to a report from the NY Times.

The inaugural class of students at LeBron’s I Promise School have posted “extraordinary results” so far; 90 percent met or exceeded growth goals in reading and math, per @EricaLG pic.twitter.com/3hBxGgDc1P

The I Promise School opened in August for 240 third- and fourth-graders, and it has seen tangible results.

MAP (measures of academic progress) testing from the fall to the winter period at the school showed improvement, according to the Akron Public Schools Office of School Improvement:

LeBron went on to post a video on Instagram shouting out teachers and students for their hard work.

Hopefully, people recognize LeBron’s charitable contributions off the court as much as they do the stuff he does on the court after he retires.