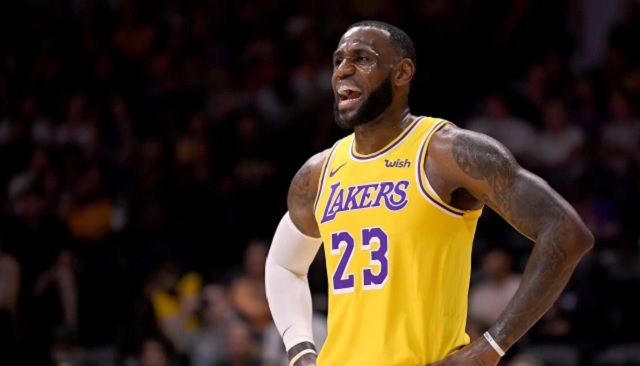 On Thursday afternoon, Williams’ ESPN colleague and former NBA player Richard Jefferson sparked a discussion on Twitter when he said Giannis Antetokounmpo might be a “Scottie Pippen in need of a Jordan” after the Bucks second playoff loss to the Heat on Wednesday.

Giannis might be a Pippen…. there I said it! He needs his Jordan. pic.twitter.com/L89DG9JjHD

Williams replied by saying that there was nothing wrong with being a sidekick like Pippen because LeBron played the Pippen role while he was in Miami with Dwyane Wade.

“LeBron James was a Pippen once!”@RealJayWilliams explains why Giannis needs another star to get him over the hump. #KJZ https://t.co/zsgpSWYJsQ pic.twitter.com/qW6HuTZpGb

So LeBron was a Pippen with D Wade once. Nothing wrong with that until you get over the hump. https://t.co/exAjQ3uOW4

LeBron saw Williams’ comparison and was not having it.

Explain to me what the fux I gotta do with this subject matter! I’m over here minding my damn business preparing for Houston. And by the way I ain’t never been nobody but my damn self! 👑 Shit!

Considering that LeBron was an MVP candidate every season he was in Miami it’s kind of hard to imagine that he played second fiddle to Wade during that time.