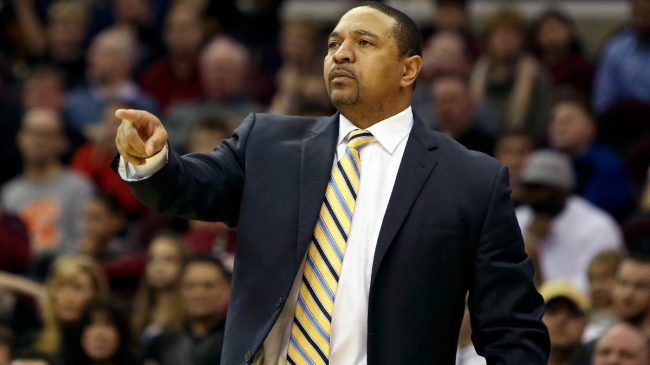 The Los Angeles Lakers are in the midst of a head coaching search for the 2022-23 campaign.

After relieving Frank Vogel of his duties earlier this week, the Lakers’ front office is running down the list of candidates to gauge some interest in the opening.

It should be a vacancy that creates some buzz.

The Lakers are the most popular organization in the NBA. While they struggled to live up to expectations this past season, they boast star power in the form of LeBron James and Anthony Davis.

With both of those players healthy, combined with a strong core of young talent, Los Angeles should be in the mix for an NBA championship right away.

While management will make the ultimate decision on the new head coach, you can bet they’ll ask the opinion of players like LeBron when going through the selection process. James has recently announced a candidate that he’d like to see roaming the sidelines next year.

LeBron James was asked this week about a coach he’d like to see in LA next year. His answer comes in the form of a former NBA player turned coach.

LeBron James would be 'very enthused' at the possibility of the Lakers hiring Mark Jackson as head coach, per @sam_amick pic.twitter.com/tlhjj5fo5V

Jackson coached three seasons with Golden State between 2011 and 2014. He won 121 games, leading the Warriors to the playoffs on two occasions.

Jackson improved the Warriors’ record each season, culminating with a 51-win year in 2013-14. He set the roster up for a championship run, which happened the season after he was fired.

Jackson has been in the TV broadcast booth since leaving Golden State, so it’s not known if he’d like to jump back into coaching quite yet. If he does, he’s already got the backing of the NBA’s biggest star.