LeBron James Makes Strong Comments Against The NBA Playing All-Star Game In March During Pandemic, Calls It A ‘Slap In The Face’ 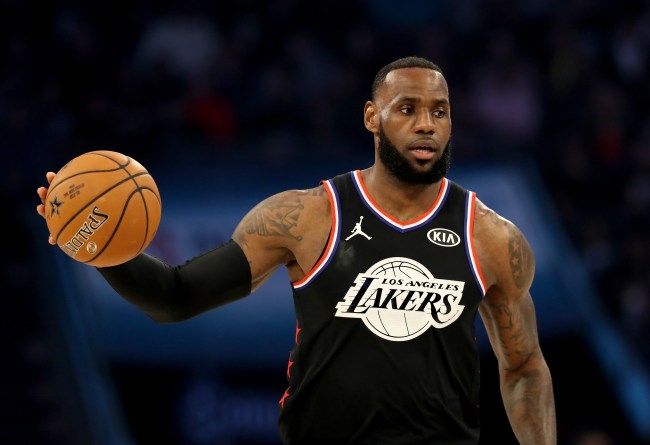 LeBron James doesn’t seem too thrilled about the idea of players flying to Atlanta to play in an All-Star game during a shortened season in a pandemic.

On Thursday, ESPN’s Adrian Wojnarowski reported that the NBA and the NBPA were finalizing an agreement for the All-Star game to played on March 7th.

The NBA and the National Basketball Players Association will have a finalized agreement for an All-Star Game on March 7 in Atlanta by next week, according to a league memo shared with teams and obtained by ESPN.

The NBA and NBPA are finalizing details on health and safety protocols that will govern the All-Star participants and those players dispersing for the league’s March 5-10 break, the memo said. The All-Star Game and skills competitions will be held at State Farm Arena, home of the Atlanta Hawks, sources tell ESPN.

The NBA and union are increasingly confident that enough of the league’s top players are willing to participate in the All-Star Game during a tight midseason break in this condensed pandemic schedule, sources said.

While speaking to the media the Lakers-Nuggets game on Thursday night, LeBron made some strong arguments against the game being played but said he would still be there “physically but not mentally.”

LeBron James just said he has "zero energy and zero interest" in an All-Star Game this year and calls it "a slap in the face" after league said it wasn't going to have one. "I don't even know why we're having an All-Star game," he said.

LeBron: “I have zero energy and zero excitement about an All-Star game this season.” He said he was looking to a five-day break in March after the shortened offseason and believes it is not a wise decision during the pandemic, either. “I’ll be there physically but not mentally”

LeBron wasn’t the only player to voice his concerns about the game. Sacramento Kings star De’Aaron Fox called the idea to hold an All-Star game in the middle of a pandemic “stupid.’

De'Aaron Fox on the possibility of an All-Star Game this season: "I’m going to be brutally honest, I think it’s stupid. If we have to wear masks and do all this for a regular game, what’s the point of bringing the All-Star Game back?"

Sixers star Joel Embiid said he wasn’t sure if he was going to the All-Star game and had mixed feelings about it being held.

Joel Embiid says "we'll see" about whether he'd play in the All-Star Game if selected. Talked about preserving his physical health like his back tightness more than COVID-related concerns, but did say he has "mixed feelings" about a game being held.

Despite pushback from several players, it seems like the NBA is dead set on playing the All-Star game and not losing out on potential revenue in a shortened season.