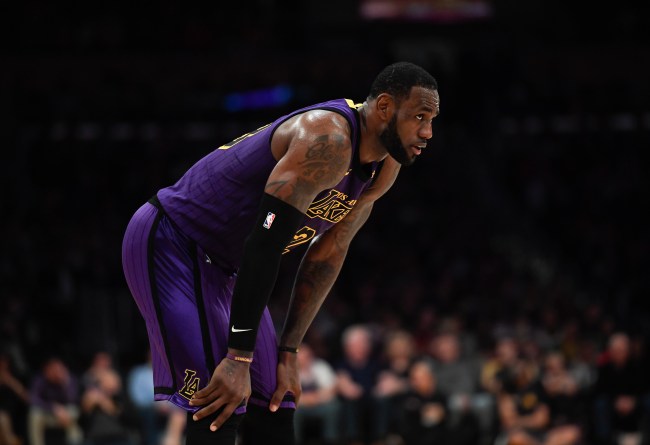 Last night the Lakers were officially eliminated from the playoffs when the team suffered a 111-106 loss to the Nets.

Lakers are eliminated from the playoffs with a 111-106 loss to the Brooklyn Nets.

It’s the first time LeBron has missed the playoffs in 14 years.

Its been a while … since LeBron missed the playoffs 😯 pic.twitter.com/5s8xJqzmZi

While LeBron has taken the brunt of the blame for the Lakers woes, Dr. Karen Joubert, the physical therapist who worked with him during his groin injury wanted to let everyone know that he had been playing injured and should have sat out for most of the season.

A physical therapist that worked with LeBron and Lakers trainer Mike Mancias deleted this post saying his injury should’ve kept him out six months and that he returned early to not let his team down. 👀 pic.twitter.com/VppezX9vZa

The physical therapist eventually took down the post after trolls took over her page.

Lakers fans are trash. He should have sat out the whole season. I wonder how many of you idiots are going to call this woman a liar. pic.twitter.com/GcZ9HJFj0O

PERFECT TIMING. Been waiting for a solid Lebron Excuse to drop into the media. Like clockwork

He was in A LOT of pain, pain, pain here. I wonder how they didn’t cart him off the practice floor after this pic.twitter.com/6pBhjvWSOM

Grade 3 Groin strain is not 6 months you dolts. He came back in the estimated timeline. Remember after he quit against the celtics in 2010 his PR team said it was due to being sedated. Pure PR.
He might wear a cast again