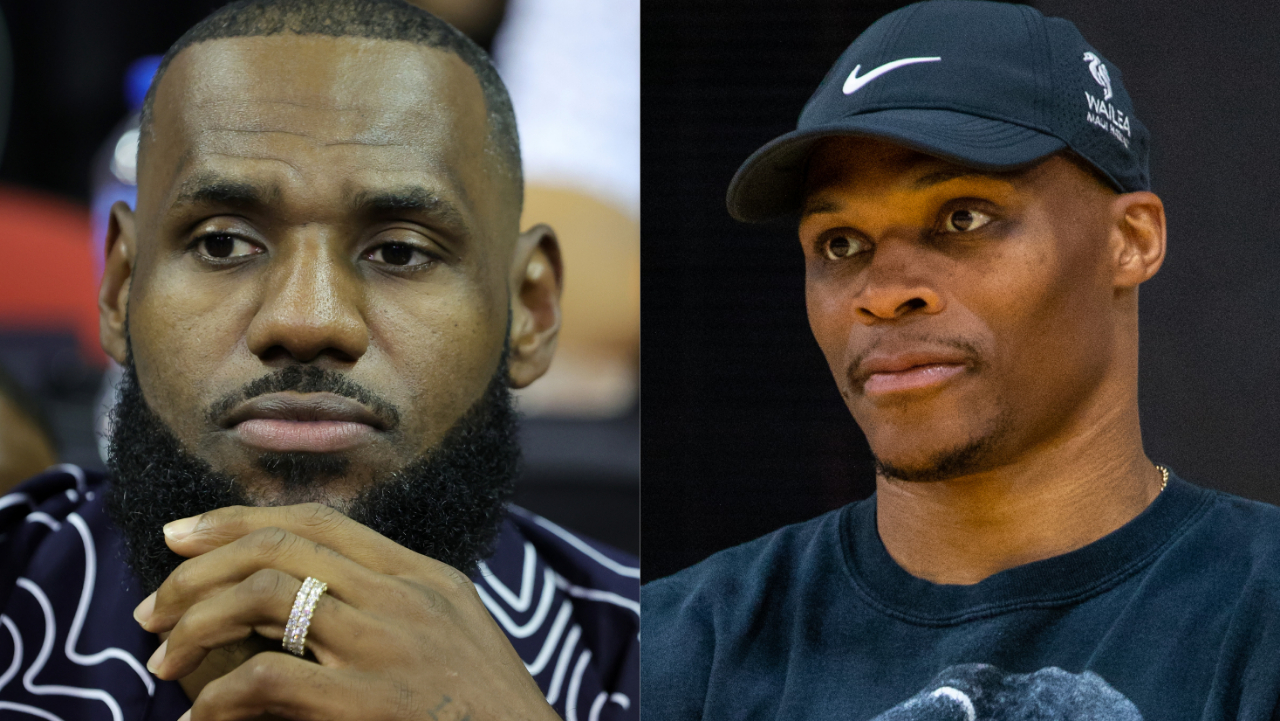 Both LeBron James and Russell Westbrook attended the Lakers Summer League game in Vegas but apparently did not talk to each other while there.

On Friday night, the Lakers took on the Phoenix Suns in a Summer League game that was attended by James, Westbrook, and other Lakers players.

There were several videos and pictures showing LeBron greeting Lakers players and coaches throughout the night.

Darvin Ham and Rob Pelinka walked over from their halfcourt seats for a quick baseline chat with LeBron James in between the first and second quarters. pic.twitter.com/yA07EpdprA

One person who didn’t greet LeBron was Westbrook, who is currently the subject of trade rumors, and was seen sitting on opposite ends of the court from his famous Lakers teammate.

LeBron James and Russell Westbrook sitting as far away from each other as possible during the Lakers Summer League game … xoxo, gossip girl pic.twitter.com/Tut4nqFWOK

According to various reports, James and Westbrook never went over to greet each other.

James sat on the south baseline flanked by his agent, Rich Paul of Klutch Sports, and his longtime friend and Lakers executive administrator, Randy Mims. Meanwhile, Westbrook positioned himself beside the Lakers’ bench on the opposite sideline.

In between the first and second quarter, Ham and Lakers vice president of basketball operations and general manager Rob Pelinka walked over from their seats at half-court to greet James. Pelinka and the L.A. star shared a quick conversation, covering their mouths with their hands for discretion.

With the Lakers engaged in trade talks with the Brooklyn Nets and the Indiana Pacers in the last week — with sources telling ESPN that both scenarios involve sending Westbrook out — the positioning of James and Westbrook was notable.

Several other Lakers players in attendance — Talen Horton-Tucker, Wenyen Gabriel, and Thomas Bryant — made their way to James.

But James and Westbrook stayed in their respective corners, with Westbrook exiting at halftime out of one tunnel and James leaving after the third quarter out of another.

Reporting from Las Vegas Summer League, where LeBron James and Russell Westbrook went to the same Lakers game but sat on opposite ends and did not approach each other while the public’s eyes were on them: https://t.co/BWn5lvjALO