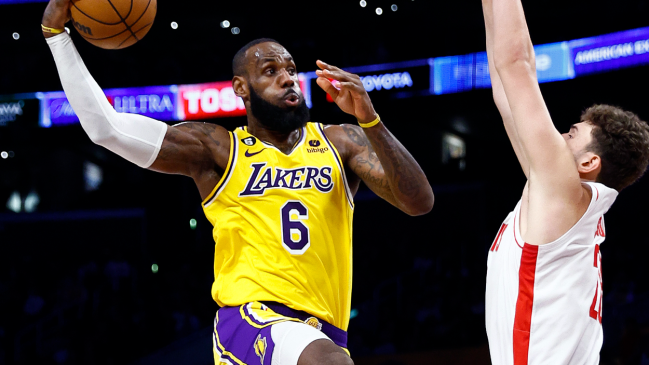 LeBron James is closing in on the NBA’s all-time scoring record. He currently sits just 283 points behind Kareem Abdul-Jabbar for the title.

LeBron is averaging just under 30 points a night this season. Should he keep that pace, he could push past the mark in around 10 games.

As the superstar approaches the milestone, he’s expected to catch a little more airtime. Commissioner Adam Silver said on Thursday that Lakers games will be “broadcast very widely” as he closes in.

Adam Silver says LeBron’s games will be broadcast very widely as he approaches the record. Meaning probably on at least five planets.

Judge recently set the Yankees’ home run record, and ESPN made sure that everyone knew it. Broadcasts would cut from regularly scheduled programs in order to show the New York slugger’s every at-bat.

This dragged out for two weeks before he finally smacked the record-breaking shot.

While LeBron’s record won’t take that long to achieve, basketball fans are worried about similar broadcast issues. Just imagine having your favorite team’s game switched in order to watch the Lakers unsuccessfully put the ball in the hoop possession after possession.

Those NBA fans are posting their reactions online.

One person said, “This is going to be like Aaron judge all over again. ‘If LeBron goes for 85, he can pass Kareem tonight!’”

Another fan wrote, “Get ready for the Lakers cut-ins.”

Luckily, we’ll likely know the game in which his scoring title will occur. Still, you can expect to see even more of Los Angeles on your big screen in the coming days.

Related: LeBron James calls out Lakers for not pursuing trades