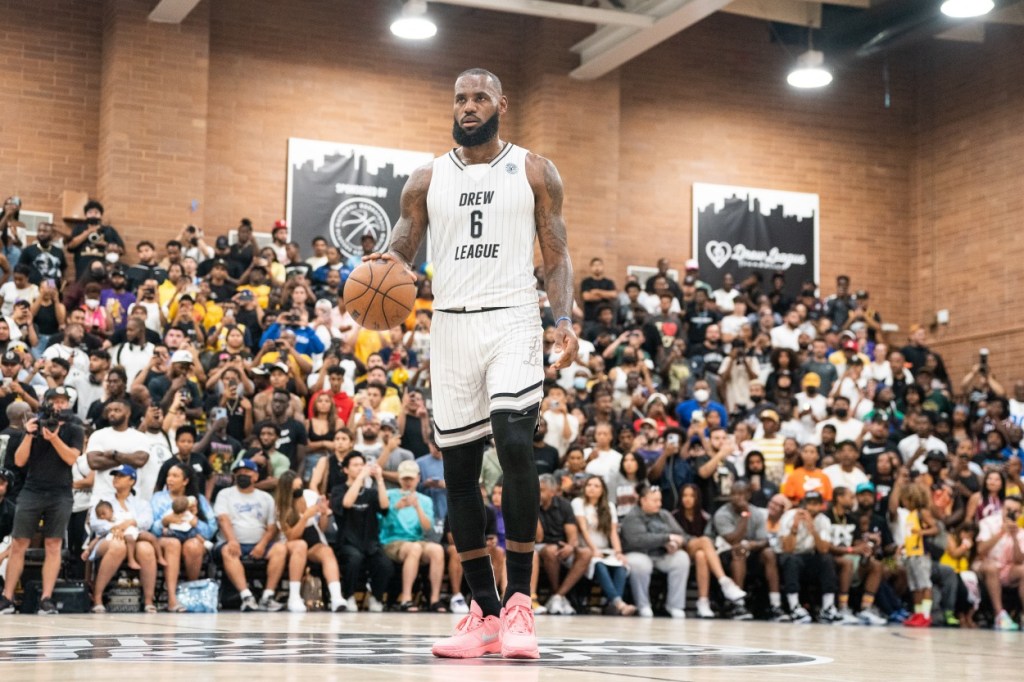 LeBron James is arguably the best NBA player in history. Before you grab your pitchforks, I’m not saying he’s the greatest. I’m saying ‘arguably’ because there are tens of millions of keyboard warriors out there who will argue until their fingers bleed that LeBron is better than Michael Jordan.

I’m just happy to have been fortunate enough to have lived through both the Michael Jordan and LeBron James eras. But i do think LeBron can be one of the corniest dudes in pro sports. His Taco Tuuuuuuuesssssday videos make my skin crawl with how corny he can be. Hey, If I was a billionaire living my best life like LeBron I’d probably be corny like him too…

In his latest corny move, LeBron aka King James is showing off a crown he had surgically implanted/glued to his teeth. It’s not a crown like the one I have in my mouth from cracking a tooth. This is a crown on his tooth, not a crown over his tooth. That’s a very important distinction here.

New hardware for The King 👑

LeBron James gets a pass by everyone for being corny. Even his haters have nothing better to say than ‘MJ > LeBron’ and don’t add anything to the discussion.

Here’s what folks are saying about his new ‘crown’.

I don’t know why this is one of the funniest tweets I’ve seen this Summer but it is:

This crown on LeBron’s tooth is why he’s a good basketball player? Make it make sense.

I do look forward to the era when we don’t have to see these tweets in the replies to anything tweeted from the Lakers:

Lebron is the GOAT. Anyone who says Jordan doesn’t watch enough basketball.

His face knowing we're not getting Kyrie

After scrolling through all these tweets and mentions about LeBron James’ new tooth crown, I have to say that I feel bad for anyone that ever ends up tagged in a King James tweet. The amount of arguing going on in those mentions is nauseating.

Shaq says who he believes is the best player in the NBA today https://t.co/jDgn15A2sO