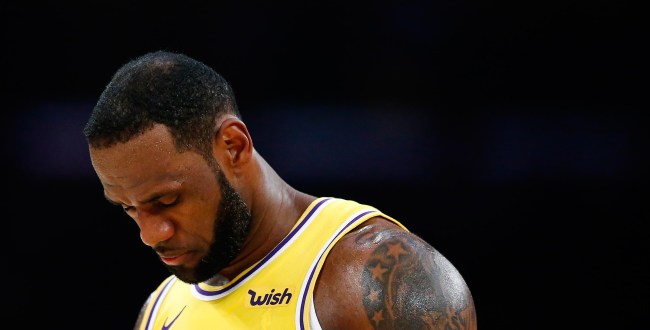 With six games left in the season LeBron James’ season is officially over.

This afternoon the LA Lakers announced that they had to decided to shut down LeBron for the rest of the season so that he could “heal” from his injuries.

Breaking: The Lakers have announced that they are holding LeBron James out for the rest of the season. pic.twitter.com/xIGGPx8Vqe

Lakers statement: “After consulting with our team doctors and medical staff, we have decided to hold LeBron out of games for the remainder of the season. This decision will allow his groin to fully heal, and is best for the future success of both LeBron and the Lakers.”

Of course the Internet had plenty of jokes regarding the Lakers decision to sit out LeBron.

How LeBron walking onto the Space Jam 2 set pic.twitter.com/Gk0G5rsLUH

Major plot line: LeBron will end the season with 55 games played. Excluding the lockout season, only one player over the last 11 years (Curry in 2017-18) has made All-NBA having played so few games.