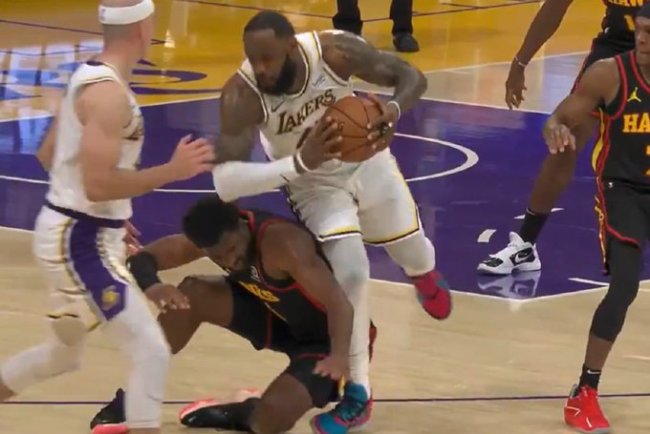 Back in March during the Lakers-Hawks game, LeBron suffered an ankle injury after Hill collided with the Lakers superstar’s legs while trying to grab a loose ball.

Since then LeBron has been in and out of the lineup due to the injury which has cost his team a ton of wins and eventually led to the Lakers being forced to play in a play-in game with the Warriors on Wednesday night.

After the Lakers’ final regular-season game on Sunday, LeBron let out some of his frustrations about the Hill incident. According to LeBron, he was having the best career of the season until he had a “grown man diving at my leg for a loose ball.”

LeBron said he was playing some of the best ball of his career before the ankle injury.

“I had a grown man diving at my leg for a loose ball.”

Said there is frustration about what could have been that he’s tried not to focus upon. But defending title obviously the big goal.

Hill denied that he had purposefully tried to injure LeBron after the incident took place in March.

would never disrespect the game and take a player out purposely… he knows that. that’s all that matters to me. praying for a speedy recovery. #riptothementionstho #moredmsthansaweetie