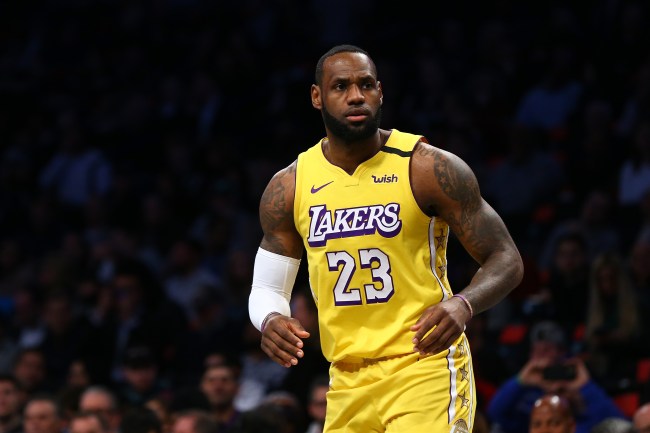 The Brooklyn Nets continue to add players to their already stacked roster and fans including Bronny James don’t seem happy about it.

Last week, the Nets, who already have James Harden, Kyrie Irving and Kevin Durany playing for them, added former all-star forward Blake Griffin to come off the bench.

The son of Los Angeles Lakers superstar LeBron James reacted to the Aldridge signing by taking a shot at the Nets superteam by posting an “All this to stop a 36-year old man in Year 18” meme on his Instagram story.

Lakers fans agreed with Bronny’s comments and were not pleased with the Nets new signings.

I really wanna see a 36 year old LeBron beat the Nets now. That’s all I want.

Lebron after he beats the Avengers, I mean Nets in the Finals. pic.twitter.com/x2ZDUHIMb9