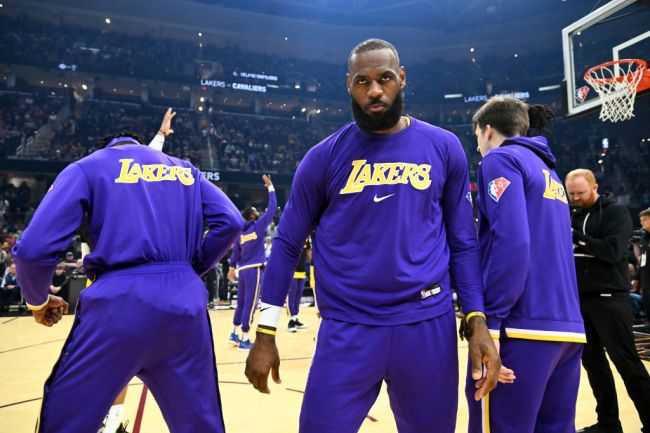 There might not be an individual in all of sports that is as heavily criticized as LeBron James. Whether or not that criticism of his on-court performances or how he has handled certain moves throughout his NBA career is warranted is something that is up for debate.

Some might say you sign up for that criticism when you brand yourself as royalty and regularly get compared to the GOAT, but only have 4 rings in 18 seasons while spending the last 11 years building superteams. Whether or not that is accurate is a debate for another time.

However, what isn’t up for debate is one of the more recent things LeBron has been criticized for off the court. That topic is his ill-advised attempt to once again draw comparisons between himself and Michael Jordan. This criticism is for his disappointing Space Jam sequel.

Space Jam 2 was released in July and was a major flop. The movie wasn’t a success financially and was crushed by fans and critics alike. The movie currently has a rating of 4.4/10 on IMDB and scored a 26% on Rotten Tomatoes.

Now the movie has been recognized as one of the worst of 2021. LeBron and the movie as a whole combined to take home 3 Razzie Awards.

https://t.co/y5cQVqLiYf LeBron was a big winner Saturday night … singled out for his work in a big-budget movie — cause he won some Razzies!!!

The Razzies included LeBron “winning” Worst Actor and Worst Couple along with Sonequa Martin-Green. The movie itself won “Worst Remake, Rip-Off or Sequel”. Luckily for LeBron, the movie was able to avoid winning “Worst Picture”. Space Jam 2 was nominated, but that lofty award ended up going to Diana: The Musical.

I guess we at least know for sure that MJ’s Space Jam was way better than LeBron’s.