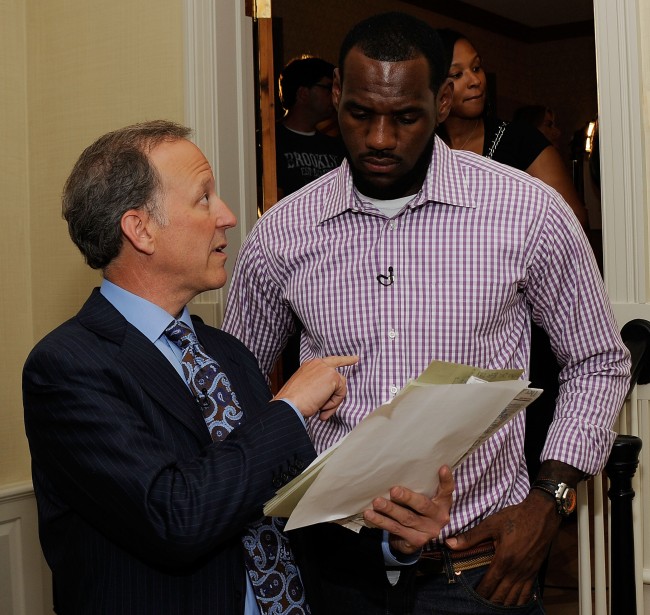 LeBron James’ “The Decision” turns 10 years old this year, which means that it’s been a full decade since I, a diehard Cleveland Cavs fan, balled my damn eyes out after hearing the now three-time NBA champ utter the words, “I’m taking my talents to South Beach,” to join a Big Three with his buddies Dwyane Wade and Chris Bosh. To this day, July 8 is still one of the worst days of my fucking life.

Thankfully, James’ decision to bolt Cleveland for Miami in 2010 wasn’t the end of his time around his hometown in Akron, with LeBron returning to the Cavs in 2014 and leading the team to the 2016 NBA title — which remains one of the best days of my life. So all didn’t end poorly when all was said and done.

Of course, that doesn’t mean that LeBron James’ “The Decision” wasn’t a complete shitshow, and probably should’ve never been broadcast on national TV to begin with. And, thanks to a new docuseries from ESPN about “The Decision” that’s airing Sunday, June 28th, we’ll get to see all the behind-the-scenes ins and outs of the entire process. Take a look at the trailer below.

It’s interesting to see the teased clips of former NBA Commissioner David Stern, who was clearly against the idea of “The Decision” to begin with, and slammed the poor execution of it. While LeBron James and his team hoped to do some good by airing the special — like donating money to the Boys & Girls Club — it really backfired on them and became a PR nightmare. Even James sort of admitted regret about doing it the way he did.

As for the docuseries itself, it’s the latest installment of investigative reporter Don Van Natta, Jr.’s Backstory series, which dives deep into popular sports topics. See below at how the reporter describes the upcoming episode on LeBron James’ “The Decision.”

“Our new Backstory episode explores the unlikely way The Decision was created, the reasons why it was done despite the risks and the tensions about it behind the scenes,” Van Natta said in a press release. “And despite all the criticism that LeBron James and ESPN received, the one-hour show had a far-reaching impact on LeBron and his inner circle while beginning a trend of star athletes telling their own stories through their own media and production companies. LeBron’s experience on The Decision was the launching pad for his own shows sold to multiple networks and helped him sharpen his voice on a wide array of important issues beyond the basketball court.”

Interviewing a handful of prominent NBA writers and media personalities, it’ll be interesting to see some of the conversation surrounding “The Decision” 10 years ago, and how it’s viewed in more recent times. You can catch Backstory: The Decision on Sunday, June 28 at 9 p.m. on ESPN.