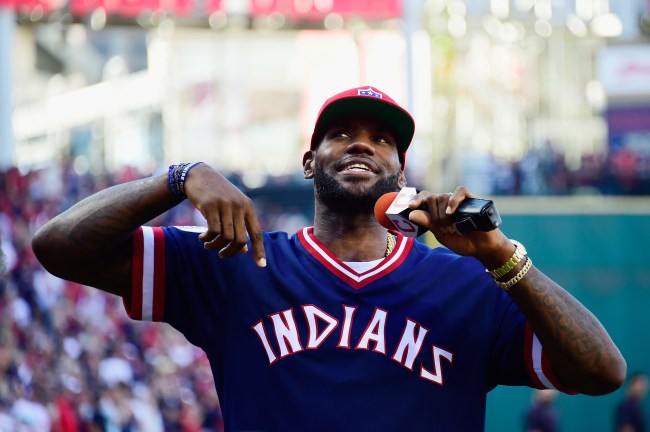 After years of rooting against the Boston Red Sox as a fan of the Yankees and the Indians, LeBron James’ latest business venture puts him at odds with his current fandom.

On Tuesday, it was revealed that LeBron and his longtime business partner Maverick Carter purchased an ownership stake in Fenway Sports Group which in turn would make them part owners of the Red Sox pending approval from the MLB.

Immediately after news broke of LeBron’s investment in FSG, fans called out the NBA superstar over his history of being a bandwagon baseball fan and rooting for the Red Sox’s rivals before joining the team as a part-owner.

I certainly respect LeBron the basketball player and I guess in this case, the investor.

But good god is he a fraud baseball fan. Dude blatantly supported the Yankees in Cleveland (his home state) during the 2007 ALDS. https://t.co/uvqX3tW14T

LeBron blocked me for poking fun at the fact he’s a fraud baseball fan and now he owns part of the Red Sox 😂 https://t.co/l7VFmBem5w

This dude is the fakest athlete of all time. pic.twitter.com/6sihtRm2Qs

⏪: LeBron James, the newest part-owner of the Boston Red Sox, showing up to the TD Garden in a Yankees cap last year pic.twitter.com/fLAUbkSiRL

In my lifetime, LeBron has rooted for the…
• Yankees
• I*dians (but only when they were good)
• Dodgers
…and now…
• Red Sox
He also grew up a Cowboys and Bulls fan. In hindsight, I never should've been so surprised that he went to Miami.

So LeBron goes to Indians games wearing an Indians jersey (hometown team), has been seen wearing a Yankees hat on occasion (basic) and is now a part owner of the Boston Red Sox… he seems confused https://t.co/xFMxDVQfxT

Lebron been a Yankees fan forever now he’s part owner of the Red Sox? He gotta be the most wishy washy “fan” ever. (Aside from his fans lmao)