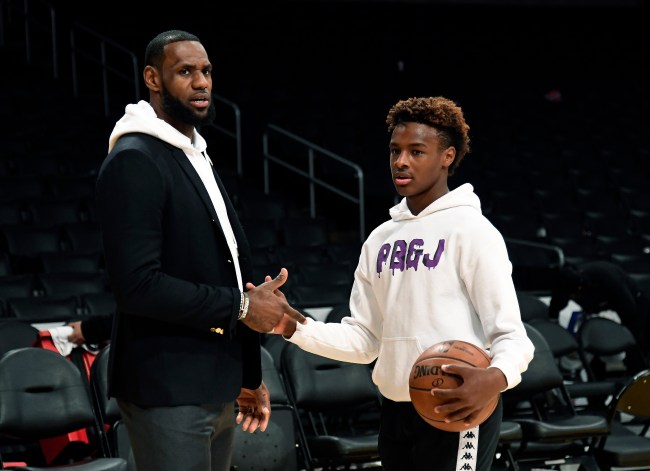 LeBron James is finally coming home after spending three months which means the party’s over for Bronny.

Two weeks ago, the young Bronny was seen smoking what appeared to be a joint on social media which led fans to speculate that LeBron was going come home and give him a lecture after the team’s championship run.

Immediately after the Lakers won the championship on Sunday, Bronny started trending because fans couldn’t help but make the same joke on social media.

“Yeah Savannah I’ll be back by 9am, go ahead and get my leather belt ready for Bronny” pic.twitter.com/CfvVmj6goK

Lebron: I miss my family, I can’t wait to get back home to them

Bronny when he hears LeBron finally pull up to the house pic.twitter.com/Y5wN9PHasC

Lebron to Bronny after winning his 4th ring pic.twitter.com/8D15BLjkJJ

He left a note saying “Dad is coming home” pic.twitter.com/hEP9DjohzM

Bronny looking out his window all night pic.twitter.com/nnntZgaP76

Bronny waking up tomorrow morning when Lebron gets home: pic.twitter.com/V24j3FavZ8