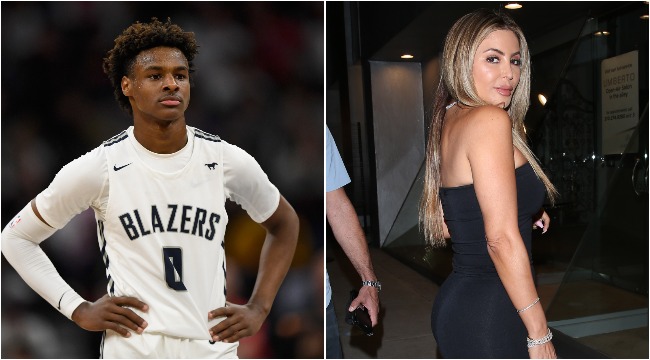 As a guy who’s been in the blog game since Cosby was still America’s Dad, I know that clicks are as important to this job as spray tans are to servers at Hooters.

But howling at the click storm can be a dangerous game if approached irresponsibly, and Black Sports Online founder Robert Littal found that out the hard way over the weekend.

Littal reported that 16-year-old Bronny liked 46-year-old Larsa Pippen’s Instagram photos and slid in her DMs, the latter which does not appear to be substantiated by any evidence outside of Littal’s own fantasies.

Savannah James—LeBron’s wife and mother of Bronny—doesn’t seek the public spotlight often unless it’s in response to the sexualization of her teenage son.

Mrs. Savannah James has spoken. We love to see it. 🙏🏽🙏🏽🙏🏽 #Bronny pic.twitter.com/FnpuIvOXNf

LeBron just posted this on IG 😳 BSO is in trouble pic.twitter.com/goAyJ4R0eG

I’ll sue the fuck out of you for writing some disgusting lies you weirdo pic.twitter.com/K5jRGarc2L

Some of these stories are so disgusting the fact that my sons friends can’t like my pics without some ppl writing some weirdo shit is crazy.

I’ve been in this blogging game long enough to know that the internet never lets the truth get in the way of a good meme.

Bronny when Larsa Pippen ask how old he is pic.twitter.com/Pm0BnsjNdq

Safe to say Bronny has had a terrible run at Instagram so far pic.twitter.com/Ux6cBEsonF

“Your mom told me you got caught like Larsa’s pic lol you wild boy, she do be bad tho” pic.twitter.com/VdD82LmeAA

The internet is the number one reason why heaven’s stopped accepting applicants. Sheesh.