Lee Westwood Explains Why He’s Looking To Play In LIV Golf Opener, And Why You Can’t Blame Him For Doing So 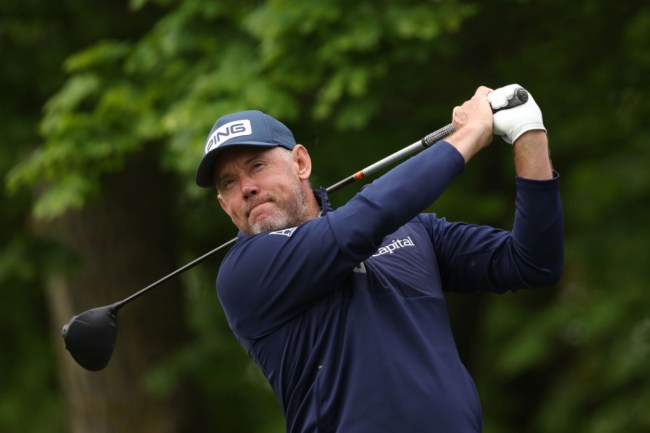 Lee Westwood has been one of the players rumored to be linked to the Saudi-backed LIV Golf Invitational Series. On Wednesday, the Englishman confirmed that he is looking to play in next month’s opener and has asked for permission from both the PGA Tour and DP World Tour to do so.

LIV Golf has been on the receiving end of loads of criticism given its ties to Saudi and the fact that it’s a rival, breakaway tour of both the PGA and DP World Tours. Westwood pointed out that plenty of other sporting events, including DP World Tour events, take place in Saudi Arabia.

“We’ve played European Tour events in Saudi Arabia. I’ve had releases from the PGA Tour that I can go play in Saudi Arabia, it’s been no problem to them in previous years,” Westwood explained.

“Formula 1 raced there, Newcastle is owned partly by people in SA, there’s been boxing fights, snooker and darts.”

“Golf’s not the first sport to have links to Saudi Arabia, but it seems to be coming under more scrutiny than anywhere else. Whether you think that’s right or not is the individual’s opinion.”

🗣️ "Formula One race there, Newcastle are owned by people from there, there's been boxing fights there, snooker and darts there…"

Lee Westwood speaks to Sky Sports after confirming he has asked for a release to play in the Saudi-backed LIV Golf Invitational Series opener ⛳ pic.twitter.com/o900Z90BKf

The biggest appeal for players to take part in the LIV Golf Invitational Series is the amount of money up for grabs.

That is life-altering money for anyone. It’s especially appealing for some of the top players in the world looking for a financial breakthrough, or for 49-year-olds like Westwood who is much closer to the end of his career than the beginning of it.

While Westwood didn’t directly discuss the tournament prize money being the appeal, it’s no secret that it is.

Westwood has won on both the PGA Tour and DP World Tour (formerly the European Tour). The only two boxes he still has left to check as a competitor are winning a major and making more money before he retires from the game.

He understands his window of winning a major is all but shut, but he can still compete and take home a large sum of money with just an average finish in LIV Golf’s opener.

Westwood certainly has his sights set on being captain of the European Ryder Cup team in the future, and while this could put that in jeopardy, he’s leaving that “in the European Tour’s court.”

On top of the money Westwood and others can take home on the LIV Golf circuit, the first event is being played at Centurion Club just outside of London. Westwood wants to play in front of his country’s fans as well.

In late April, a LIV Golf spokesperson said the field for the first tournament includes 15 of the top 100 golfers in the world.

Westwood isn’t the only well-known player looking to cash in.