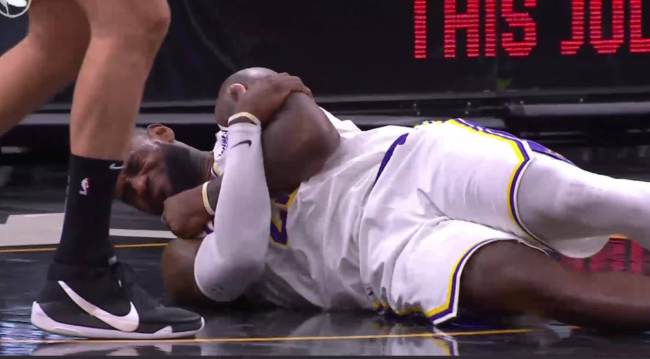 Earlier this week, LeBron was dubbed “actor of the year” by the Blazers CJ McCollum after the Lakers star stayed on the ground for a long while after getting fouled by Draymond Green during the Lakers play-in game vs the Warriors.

Draymond was called for a common foul on LeBron.

LeBron stayed down after the whistle. pic.twitter.com/8dRol1ovsp

Actor of the year 🤣

On Sunday, LeBron collided with Chris Paul and went flying to the ground which led fans to accuse him of flopping again.

Players had to be separated after a CP3 loose ball foul on LeBron. pic.twitter.com/KpFxOPco6r

Bron got called out so much that by fans “LeFlop” was one of the top trends on Twitter.

LeBron is 6’8 250 and I swear everytime he falls down you would think he’s 150. I see why people say LeFlop it’s actually pathetic.