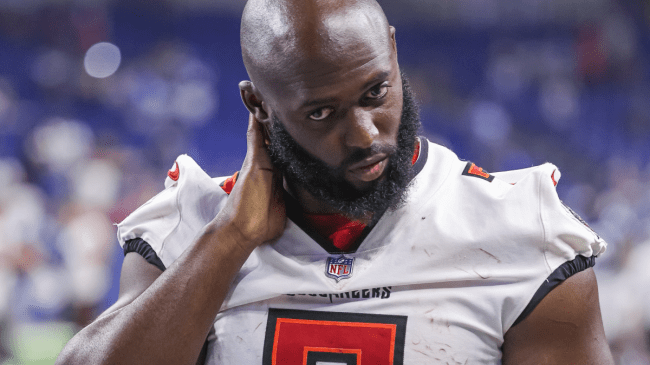 Leonard Fournette is off to a strong start in the 2022 season. Not only are his Bucs 2-0 to begin the year, but he’s averaging just under 100 yards a game on the ground.

The back broke free in Week 1, rushing for 127 yards in a dominant performance. He followed it up with a 65-yard outing on Sunday against the Saints. He now sits at fifth in the NFL in rushing and second in attempts.

But there’s one aspect of his game that he’s looking to improve upon.

Fournette has yet to find the endzone. For that reason, he believes he’s letting those that backed him in fantasy football down. In fact, he made it a point to apologize to those that drafted him on Monday, but he assures those fantasy owners that the touchdown drought will end soon.

Fournette has tallied 23 points over his first two games in most PPR fantasy leagues. That includes his 192 rushing yards, 19 receiving yards, and four receptions.

But he’s been held scoreless where it counts the most. Fournette has yet to score a touchdown this season, but have no fear, he’s looking to change that in the coming weeks.

This isn’t a new trend for the running back. In fact, he didn’t score a touchdown until Week 5 of the 2021 season. He then went off, rushing for four TDs over the next three weeks. Over his final 11 games of the year, he scored 12 times (10 rush, 2 rec).

Fans are hoping for a repeat performance in the 2022 season, and based on these latest comments, fantasy football owners have to be excited about what’s to come for Fournette in the next few weeks.