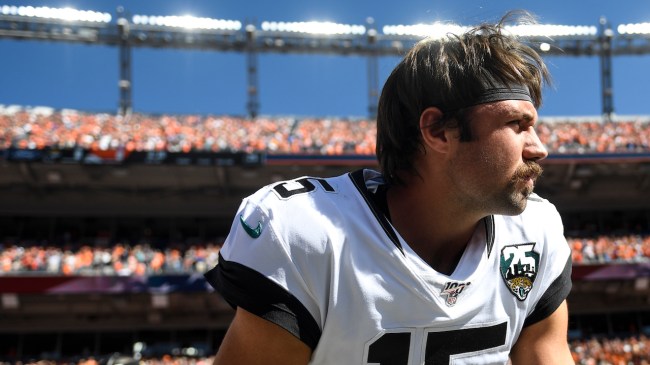 What’s happening with Gardner Minshew (the second) in Jacksonville might be one of the best pure football stories the NFL has had in some time.

Generally unhyped coming out of Washington State, Minshew eventually was drafted in the sixth round by the Jaguars as a prospect and potential back-up for the newly signed Nick Foles.

Little did the Jaguars know that not even a full quarter into their 2019 season, Minshew would not only become their starting quarterback but become a legend in the making.

Through the first four games of the season, Minshew has the highest completion percentage and the highest passer rating of any rookie in the Super Bowl era. He’s also consistently pulling off uncoachable, just got “it” shit like this:

But beyond his play on the field — which is still a huge reason he’s become such a nationwide phenomenon — Minshew has become such an instant cult hero because of his extremely eccentric personality.

Speaking to reporters following the Jaguars 26-24 comeback road victory over the Denver Broncos, star running back Leonard Fournette — who had a career-high 225 yards on the day with Minshew at the helm — revealed the new nickname the rookie QB has and wondered if he draws his power from his majestic mustache.

“His name is Jock Strap King. He’s stronger than you think. I don’t know if the mustache gives him power or what,” Fournette said about Minshew.

Now at 2-2, the Jaguars are tied for first in the shit show that is the AFC South and have the talent to make a run at the playoffs if Minshew can keep up his record-setting level of play.