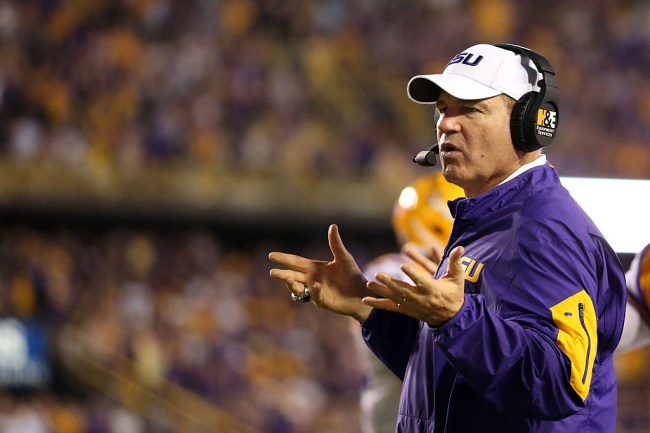 When former LSU head coach Les Miles was fired from his position at the school after a 2-2 start last season, he decided to follow in the steps of many athletic figures before him and enter the world of broadcasting. While he recently signed a deal with Fox Sports, he has said on record that he plans to moonlight at a few different outlets, including ESPN.

Miles made his debut with the Worldwide Leader last night and decided he’d make an otherwise run-of-the-mill segment a bit more enjoyable for everyone involved by straight up peacing out in the middle of it so he could go to the bathroom.

While his mic was thankfully muted by the time he started to do his business, viewers were able to hear Miles ask for directions to the bathroom while his fellow cast of coaches failed to suppress their laughter. Miles said he plans to make his return to coaching after the conclusion of the 2017 season, and if this clip is any indication, it might be for the best.