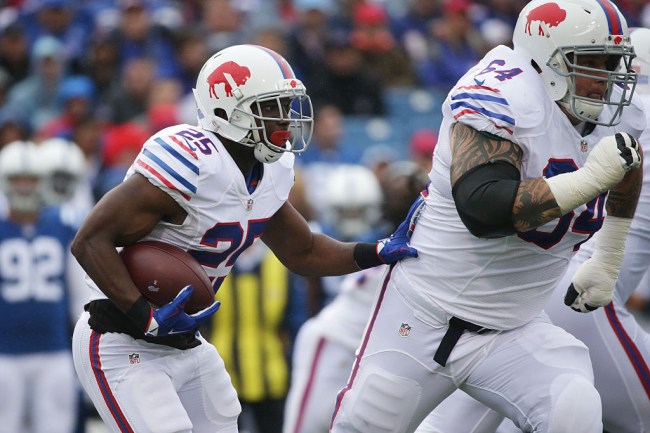 Earlier today, Bills offensive lineman Richie Incognito announced that he was retiring from the NFL due to health related issues.

jI’m done, I’m done, that’s it,” Incognito told The Buffalo News. “It’s been a long career. My liver and kidneys are shutting down. Nothing I can’t restore with some balance, but the stress is killing me.

“I went to a doctor’s appointment the other day and they said, ‘Listen, the stress is killing you, what are you doing?’ And I said, ‘Listen, I’m just doing what I love and that’s playing football.’ So that’s why I’m done.”.

Earlier today, Sports Illustrated reported that Incognito was but might return for a final season in 2018 “at the right price.”

Upon learning the news, Bills running back LeSean McCcoy tried to do his part to try and convince Incognito to come back for another season.

Incognito took a $1.675 million pay cut last month to remain with the Bills and would have earned $4.75 million in 2018. Incognito reiterated that the contract situation had nothing do with his retirement and that he wasn’t considering coming back.

.@68INCOGNITO on his pay cut: "It pisses me the f off. The contract and all that pissed me the f off and all that, but (retiring) has nothing to do with that." On whether there was a chance he'd change his mind: "Absolutely not." More to come.