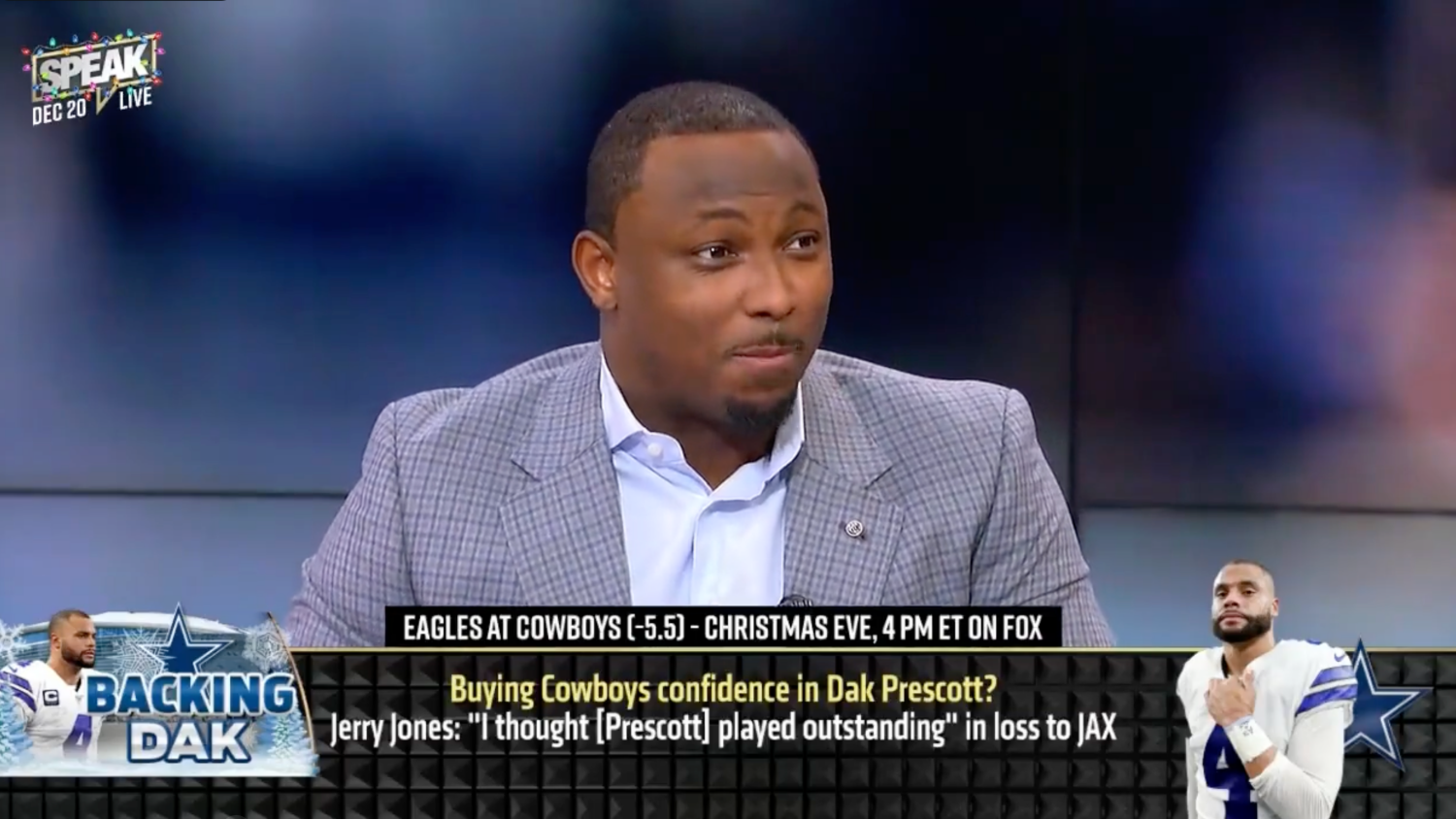 The Dallas Cowboys are a legitimately good team this season and have already locked up a spot in the playoffs despite trailing The Eagles in their own division.

Dak Prescott currently ranks 26th in the NFL in passing yards, 23rd in yards/attempt, 16th in touchdowns, and he’s t-3rd in most interceptions with 11. But Dallas is thriving because they’re running the ball so well.

Former Philadelphia Eagles running back and 2-time Super Bowl champion LeSean McCoy joined Speak on FS1. He took the opportunity to shred Dak Prescott to pieces. Shady McCoy told co-host David Helman he’s ‘tripping, Jerry Jones is tripping’ and then went on to say ‘Dak is ass’ before asking if he could even say that on TV.

.@CutOnDime25 had a lot to get off his chest about Dak Prescott, and @DavidHelman_ obviously disagrees. Get your popcorn ready for this one! 😂🍿 pic.twitter.com/7Q5BKFYdDp

LeSean McCoy on Dak Prescott: ‘Dak is a–‘

McCoy went OFF on the Dallas Cowboys quarterback saying this was the second game in a row that Dak Prescott himself was responsible for losing because of interceptions he threw. Dak threw 2 to the Green Bay Packers with a 14-point lead and lost. Then followed that up with a 17-point blown lead to the Jaguars after throwing 2 more interceptions.

LeSean McCoy then goes on to say that Dak Prescott ‘has the easiest job in football.’ Pointing out that the interceptions Prescott is throwing were on relatively easy passes. David Helman pushes back on McCoy’s assertions that ‘Dak Prescott is ass’ and says ‘he’s not delusional.’

I’ve never once heard him throw any kind of numbers out there to back up his claim. The bit is so obvious with this one.

It’s an act that’s masquerading as analysis. Orlovsky used to do the same thing on ESPN. They do this on purpose to generate the attention.

Are we ready for the narrative in a couple years that Dak couldn’t win with one of the “best” @dallascowboys defenses ever??

Shady mad that Dak is more successful at the sport than he was. Definition of a hater.

2-time Super Bowl champion with 2 different teams LeSean McCoy is mad that Dak Prescott is more successful with a 1-3 record in the NFL Playoffs? Really? I need someone to make that make sense.

LeSean McCoy only had this to say as a response:

Bro @davidhelman_ you getting out of hand with this cowboy juice lol .. I see average average https://t.co/GHhrzdLttF