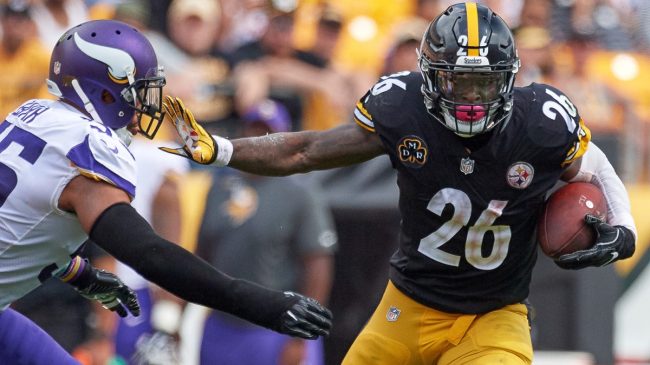 We’ve got a huge headline in both the world of boxing and the NFL.

A pair of NFL running backs are set to square off in the ring next month. TMZ Sports reports that Le’Veon Bell and Adrian Peterson will face off at Crypto.com Arena in Los Angeles. The matchup is slated for July 30.

Bell has previously mentioned his interest in boxing. In fact, after Jake Paul’s knockout of Tyron Woodley last December, the running back challenged Paul to a fight.

That obviously never came to fruition but the desire to get in the ring is there. Earlier this month Bell was put on the card to participate in YouTuber Austin McBroom’s ‘Social Gloves’ event. The night will consist of boxers from a wide range of backgrounds. That includes former NBA players, rappers, and social media personalities.

When Bell was slated to join the event, his opponent was not yet known. Now, talks between him and Adrian Peterson have picked up, with TMZ stating that it’s just a matter of time before the fight is confirmed.

The two appear to be set to square off in late July. It will be interesting to see who comes out on top in this battle of former NFL rushers.