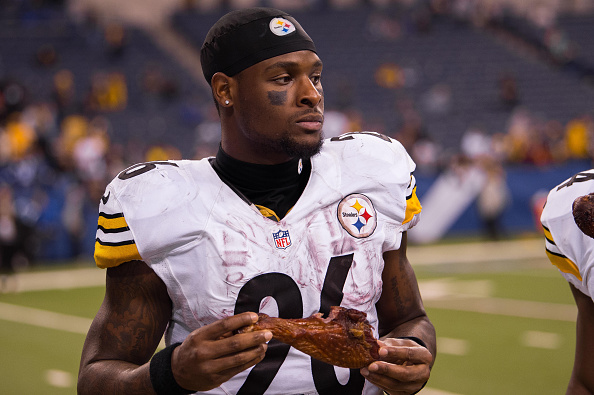 We’re just four months removed from Steelers running back Le’Veon Bell applying to Dairy Queen after the Steelers organization was played chicken with Bell’s $17 million demands. The Steelers then hit Bell with a $12.1 million franchise tag in 2017 and he had the best season of his career–scampering for 1,291 yards and catching 85 passes for 655 yards along with 11 total touchdowns en route to a first-team All-Pro selection.

At just 25 years old, the supremely talented running back told ESPN that he’s prepared to sit out next season or even retire if he’s franchise tagged for the second consecutive year.

“I hope it doesn’t come to that, but I would definitely consider it,” he said before Thursday’s practice.

“Just get the numbers straight, exactly where we want them. I’m not going to settle for anything. I know what I do and what I bring to the table. I’m not going out here getting the ball 400 times if I’m not getting what I feel I’m valued at.”

Bell brashly turned down a long-term contract last season that would have paid him upwards of $30 million, claiming the team didn’t value his as a “dual threat.”

On the surface, Bell may be coming off as greedy, but as ESPN reports, Bell’s career average of 129 yards per game is one of the best ever for an NFL player through the first five years of a career. And when fellow running back Devonta Freeman signed a five-year contract extension in the offseason making him the NFL’s highest-paid running back (worth $41.25 million, including a $15 million signing bonus, and $22 million guaranteed), Bell starts to look like a philanthropist.