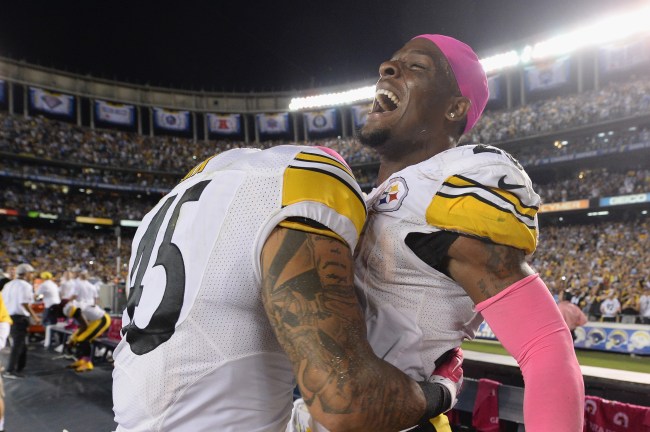 According to career site Glassdoor, the average hourly wage for a Dairy Queen crew member is $8.24/hour. If you put in the time and effort, you can eventually make shift leader and pull in a chunky $9.16/hour. This is information Steelers running back Le’Veon Bell should be privy to before considering a career change.

In the midst of a contract holdout, the two-time Pro Bowler was filmed filling out an application at the soft serve ice cream chain after making it loud and clear that he wants to be paid like a #1 running back and a #2 wide receiver, as he is a “dual threat.” To add insult to injury, the 25-year old has watched wideout Antonio Brown, left tackle Alejandro Villaneueva, and head coach Mike Tomlin have all received contract extensions.

General manager Kevin Colbert also received a two-year extension that will keep him in Pittsburgh through 2020. Le’Veon paid Kevin a totally not-sarcastic compliment.

Bell’s Dairy Queen stunt smells like a last resort after a freestyle rap and the meme route proved to be fruitless.

Bell reportedly turned down a five-year contract agreement between the organization worth more than $12 million per season at the “last minute,” Bleacher Report reports. The 25-year-old still hasn’t signed his franchise tender for the 2017 NFL season, which will play him $12.12 million on a one-year deal.

Bell would have to work at Dairy Queen for 647 years to make that money.

I for one, hope Le’Veon gets the gig.

if I get the job, youu know I gotchu bro bro… https://t.co/Et1DfgQ7Yp