Le’Veon Bell Reportedly Choosing Between 3 Teams To Sign With 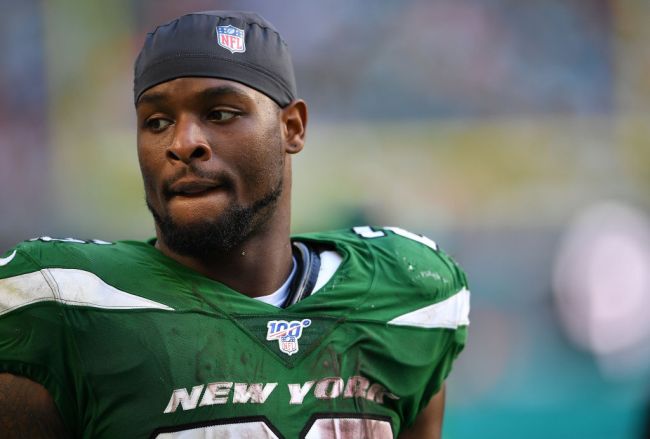 In a surprising move on Tuesday, the Jets decided to cut running back Le’Veon Bell while Adam Gase remains head coach of a mess of a team that has started the season 0-5.

While Bell appeared in just two games for the Jets this season, he’s still just 28-years-old, a three-time Pro Bowler, and is only two years removed from rushing for 1,291 yards with the Steelers. The former Michigan State star still has plenty of value, specifically for a true contender, and has reportedly narrowed his decision process to three teams.

According to ESPN’s Jeremy Fowler, Bell will decide to sign with either the Chiefs, Bills or Dolphins.

Le’Veon Bell currently plans to sign with one of three teams, per source: Dolphins, Chiefs, Bills. Barring change, Bell will decide among these teams as early as today. Steelers reunion unlikely at this point.

It’s no secret that Bell wants to sign with a legitimate contender in an attempt to win a Super Bowl. While the Dolphins appear to be building something, they’re still years away from being anywhere close to a Super Bowl contender therefore it’s safe to assume he won’t be signing in Miami.

As for the Chiefs and Bills, both are contenders this season. The Bills are coming off of a lopsided loss to the Titans, but at 4-1 on the year they are still in the driver’s seat to win the AFC East. As for the Chiefs, well, they’re the Chiefs. While he could perhaps get more touches in Buffalo, Bell would be a good fit in Kansas City and would add yet another weapon to Patrick Mahomes’ repertoire.