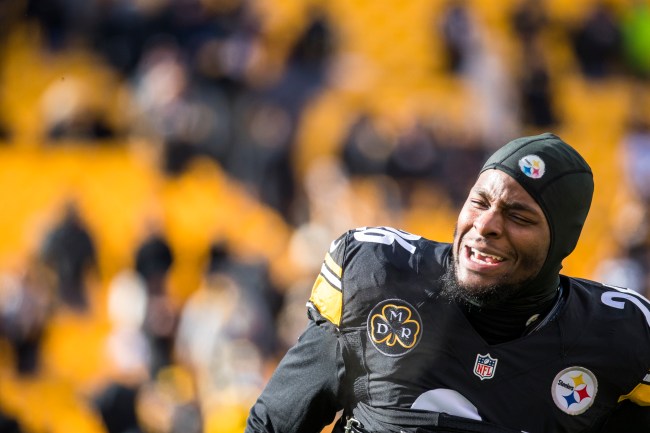 Le’Veon Bell and the Pittsburgh Steelers have been going at it now for the past year or so, with the disgruntled running back being pissed off that the franchise won’t pay him the money he thinks he deserves, which forced the dynamic star to sit out the entire 2018 season. And, since Bell wasn’t playing football, he was doing anything he could to take shots at the Steelers, with the latest coming in the comments section of a Bleacher Report post on Instagram.

Following the Los Angeles Rams reaching Super Bowl LIII yesterday, B/R posted info about how the front office went all in to try and win a championship, giving details about paying superstars Todd Gurley and Aaron Donald, trading for three key players on defense and signing a couple other guys who may have been looked at as risks during free agency. The result? NFC Champions.

All of that got Le’Veon Bell’s attention, with him stealthly replying to the B/R post in the comments section. Take a look below, per Keith Nelson Jr.’s Twitter.

Considering the Pittsburgh Steelers missed out on the playoffs and were watching the games on TV like the rest of us, I wonder if they regret not giving Le’Veon Bell his money? I mean, sure, Bell’s replacement, James Conner, had a great year and all, but Le’Veon is more than just numbers alone, with his presence on the field being a threat for defenses that needs to be accounted for. And, while Pittsburgh’s offense still put up good numbers, one can’t help but think Le’Veon Bell would have made them better.

Now, just about a month away from becoming a free agent, Le’Veon Bell seems to be sending signals that he’s looking for a franchise like the Rams, who will pay players now to go win a Super Bowl, and worry about the future when it comes. And, considering it worked well for Los Angeles, it’s hard to argue with that strategy.

So, while Le’Veon Bell is all but gone from Pittsburgh for next year, he’s going to make sure he trolls them as much as he can on his way out the door.