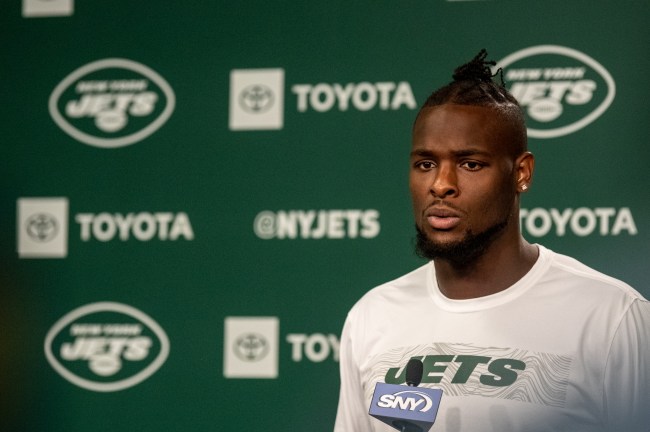 Le’Veon Bell got paid this offseason but it seems like those around him are trying to cash in on his success.

Back in May, the newly signed Jets running back called 911 after he claims his two girlfriends ran off with $1 million in jewelry and other items. TMZ has obtained the 911 call made by Bell and it’s pretty wild.

“Well, I had two girls in my house. And I got up, and I did my normal routine to go to work out. So I left the workout for a couple hours. When I came back, they took my money, they took my watch, my jewelry, a couple more of my things of value out of my house. I don’t know where they’re at. I tried to call them before I called you guys. I tried to call them and they’re not answering me, and they’re ignoring me.”

During the call, Bell told the dispatcher that he couldn’t describe what the two women were wearing because he had left them both in bed naked before leaving the house.
Via TMZ

And the other lady … “She was in the bed too. They didn’t have clothes on.”

Bell says in the 911 call the women stole his watch, his jewelry and “a couple more things of value out of my house” … and estimated everything they took was worth around $1 MILLION.

Police eventually valued the jewelry Le’Veon lost was $520,000. Here’s a quick breakdown of the police report.

• There are further descriptions of the jewelry in the police report: two gold Cuban link chains with diamonds, a gold chain with a black panther pendant that contains black and white diamonds, a rose gold Rolex presidential watch, and a two-tone rose gold and white gold Cuban link bracelet. The total estimated value of the jewelry is listed as $520,000.

• Bell called police at 4:33 p.m to report a theft at his home. He said he was not there and would call back when he arrived. Two hours later, an officer met with Bell, who said he left his home to go to the gym at 1 p.m. Bell left his girlfriends at his home when he went to the gym. When Bell returned at 3 p.m., he found that both of his girlfriends had left.