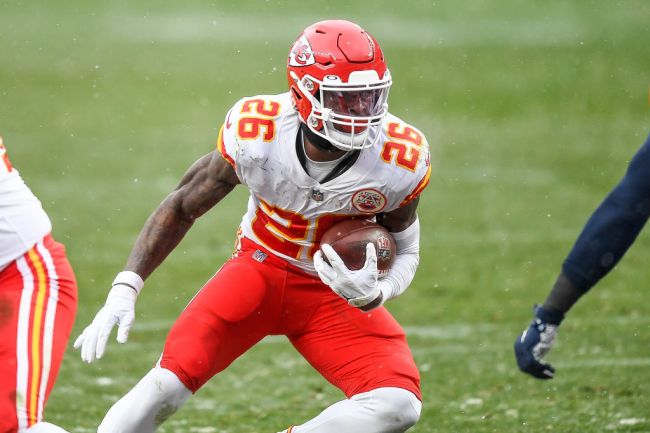 NFL running back Le’Veon Bell appears to have some baby mama drama on his hands.

According to Blondie, Bell has been absent since the birth of his child. She went on to blast him in a scathing Instagram post in which she calls him the “worst human being on the planet” and hopes he uses a condom before he has an eighth baby with a different woman.

@leveonbell since you blocked me I guess we can talk on here because you only care what the public thinks! You’re the worst fucking human being on the planet you can’t even call yourself a man when you barley take care of the kids you do claim and pick and choose which ones to claim!

Oh and we can dead the narrative I choose to be baby mama #6 because I never knew that.. I would have ran for the hills!! But I guess that’s why you had to go get an dumb underaged bitch after me I let you slide for a minute tryna keep it cool but now the world can know what a terrible person you are!

You said you would be there for me and the baby and went ghost when it came out in the blogs like the coward you are no @nfl team wants a little coward!And oh don’t try and spin the fucking narrative that I’m just out for your money because

B) YOU PURSUED ME REMEMBER

Bell last played for the Chiefs and is currently a free agent after a disappointing season where he appeared to be unhappy with coach Andy Reid for not giving him enough playing time. Bell insisted that he would return next season but was in no rush to sign with a team.

“I’ll sign somewhere when IM ready…ain’t no more finessing me with lies and (expletive) just to get me to sign with they team…no more rushed decisions on my end, period”