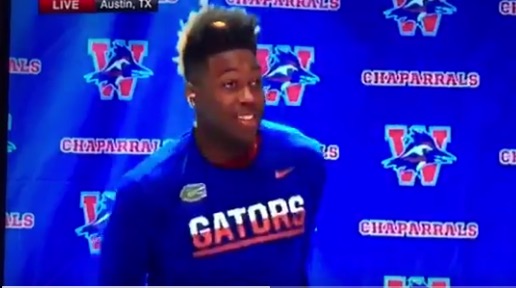 What I love about OLB Levi Jones National Signing Day is to be the blatant disrespect he showed the teams he isn’t going to play for. And maybe I love it because I am a Miami Hurricane and watching him do this to two schools I hate is very satisfying. But I also love it because he likely got wined and dined by these other schools and coaches. They likely didn’t do anything to deserve this. However, we all know a boring reveal doesn’t go viral. So instead of just saying, “I’m going to USC” Levi Jones upped the ante and peeled a few shirts off his backing making other teams think that he might be playing for them. Cruel.