LPGA Star Lexi Thompson Had To Google Who Her Playing Partners Are This Week: Greg Maddux And John Smoltz 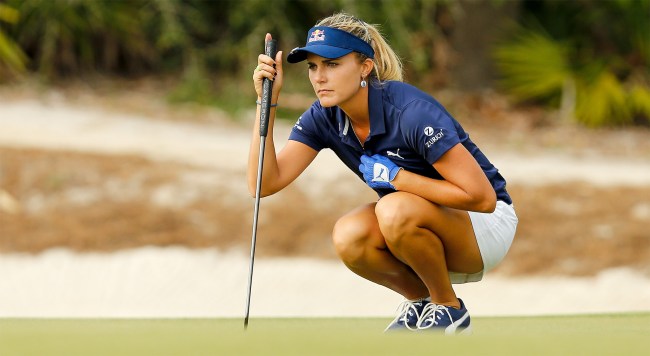 I thought all elite professional athletes were friends and part of some sort of illuminati club where they go to sit around on piles of money and talk about how great life is for them.

Turns out I was, apparently, wrong. I mean, Dez Bryant hadn’t even been to an NHL game until this week despite living and playing in a town with a team for years.

And now I come to find out that LPGA star Lexi Thompson, who you may remember from this Golf Digest cover, didn’t even know who her playing partners are this week at the Diamond Resorts Tournament of Champions in Orlando.

You may have heard of them though. Their names are Greg Maddux and John Smoltz.

You know, the one guy who was first pitcher in MLB history to win the Cy Young Award four consecutive years and the only pitcher to record over 300 wins and over 3,000 strikeouts with less than 1,000 walks?

And that other guy who set the NL record with 55 saves, was only the second pitcher to ever have both a 20-win season and a 50-save season, and the only pitcher in MLB history to record both 200 wins and 150 saves?

Those guys. Those Hall of Fame guys.

Yeah, well, LPGA star and Hall of Famer in-the-making, Lexi Thompson has no idea who they are. At least until she Googled them to see who she’d be playing with this week.

Lexi was asked how much she knew about her Round 1 playing partners. Said she Googled them. https://t.co/HnbdzZASYF

Okay, yes, Thompson is only 23-years-old, but how has she never heard of Smoltz at least? Dude considered going pro as a golfer after he retired from baseball. Oh, these sheltered millennials…

I guess she’ll just be getting schooled on that and much more this week.

In other MLB LPGA news, we have a rare Pudge Rodriguez sighting (look him up, millennials)…

In other, other MLB news, Greg Maddux is still a giant dork…