LFL Player Gets Knocked Out With One Punch After Touchdown 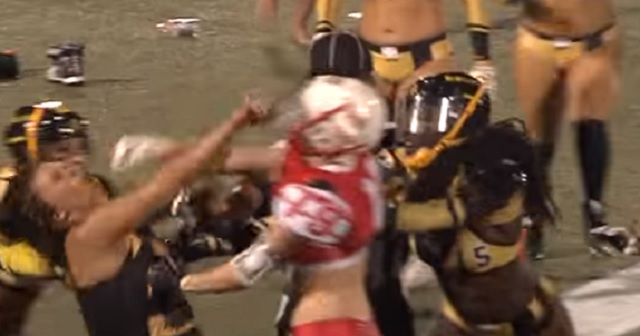 Don’t be fooled by their uniforms, the women of the Legends Football League are vicious. During Thursday’s Omaha Heart- Pittsburgh Rebellion game, Heart defensive back Amanda Hogan got a little aggressive with one of Pittsburgh’s receivers. After one chick came down the sideline to protect her teammate, Hogan just straight up dropped her with one punch.

The situation escalated and it ended with Hogan delivering a knock out blow.