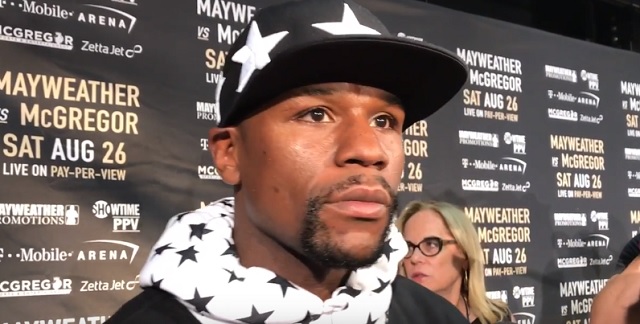 During the May-Mac tour last week, Conor McGregor caught a ton of heat because of the language he used during his trash talking sesssions with Floyd Mayweather but it seems like McGregor isn’t the only one in hot water for making insensitive remarks. During yesterday’s London press conference, Mayweather blurted out a gay slur to describe McGregor and one LGBT group isn’t happy about it.

Athlete Ally, an organziation that promotes LGBT acceptance in sports, released a statement on their website condemning Mayweather’s language at the presser

“Athlete Ally strongly condemns the homophobic slur used by Floyd Mayweather.”
“The response given by Mayweather’s representative is equally troubling. If Mayweather truly has the utmost respect for the LGBT community, he wouldn’t resort to using slurs that perpetuate anti-LGBT stigma and hate.”
Taylor goes on to address McGregor’s alleged involvement, saying, “Resorting to homophobic and racial epithets is shameful no matter how or why one uses them.”