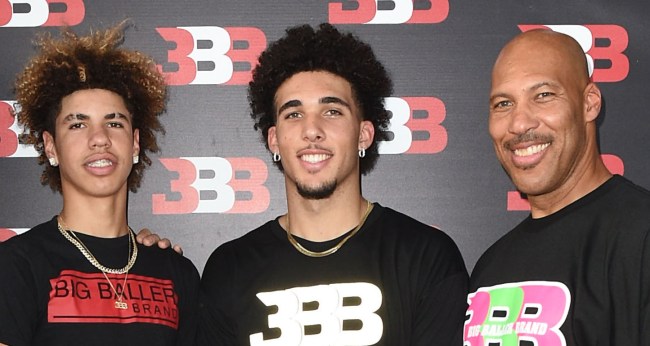 Yesterday, LaVar Ball and the Big Baller Brand announced that LaMelo and LiAngelo Ball will skip college to play overseas for Lithuanian team Prienu Vytautas for atleast one year.

“We engaged in serious talks with several teams, and Vytautas made the most sense as LaMelo and LiAngelo work to develop as professionals and set a foundation for their careers,” Gaines said. “It was critical to find a situation in a competitive league that works with both of their short- and long-term goals.”

According to several basketball players who have experience playing in Lithuania, the Ball brothers are going to be in for a rude awakening.

Spoke with a couple more players familiar with the team in Lithuania where the youngest Ball boys are headed. "There's not a lot of structure. The coach goes crazy, yells and screams all the time. … he's crazy." Wonder what the over-under is for the number of days they make it.

Doesn’t really make sense at all. Same coach there is the one who told me during training camp (through translator) he wouldn’t play me much my rookie year at Rytas because he didn’t speak English.

The Ball’s to Lithuania is a disaster waiting to happen (I played there for a year and hated it). This is a picture of the teams gym that the Ball brothers would play at. Not exactly BIG BALLER material #BBB pic.twitter.com/STkQ57YRS5

That's assuming they'd play at all right? Every Lithuanian I've played with or against is a tough SOB. We have it good in the states.

I mean u bring a fair point to the table, physically lamelo will get eaten alive he’s just too young it’s a physical league

The Ball brothers are not expected to see major playing time for Prienu Vytautas in the Lithuanian (LKL) league, but could be afforded an opportunity to develop in the Baltic (BBL) League, where the stakes are much lower. The club must decide whether to pull the trigger first. https://t.co/XIihTVnZMD

From what I'm told, salaries for players at this level of competition usually don't exceed $500 per month in the absolute best case. It wouldn't surprise me if the Ball brothers ended up playing for free. Certainly not the most glamorous league or part of the world to live in.

Prienu Vytautas has only had one American player on their roster in the past decade, Brad Tinsley, who departed after a month of action, according to my research. The Balls would likely be faced with a major culture shock in Prienai, a small village of around 10,000 people.

LiAngelo and LaMelo are in for a culture shock going from L.A. to a small town in Lithuania with less than 10,000 people. It’s definitely going to be an interesting experience for the Balls, we’ll see how long they make it over there in Lithuania without the comforts of home.