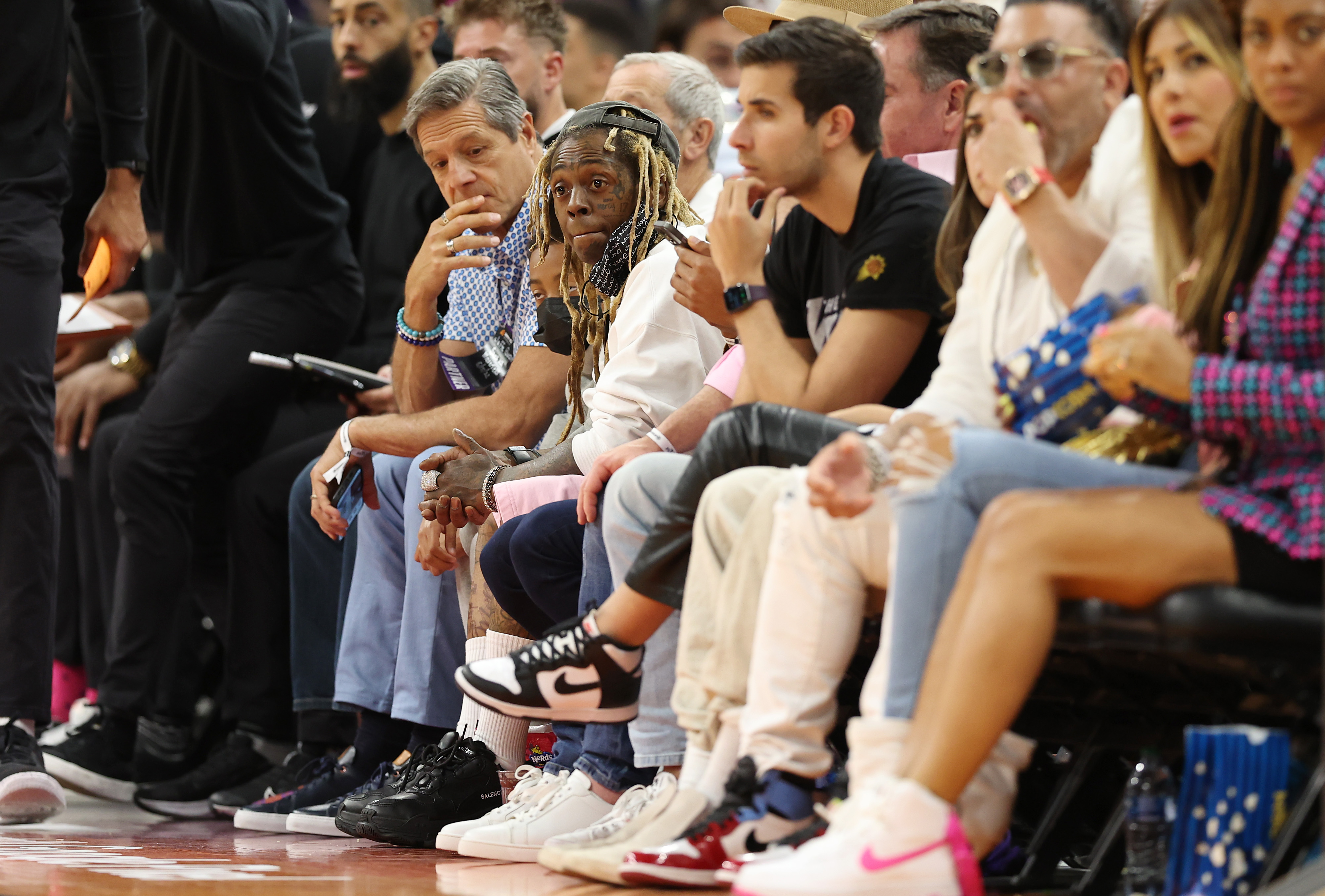 A few days ago, Wayne, who is a Suns superfan, took to Twitter to a shot at Doncic by calling the Mavs superstar a “ho.”

On Sunday, Wayne made his way to Phoenix to sit courtside to support his friend Chris Paul in the team’s game 7 elimination game vs. the Suns.

My brother Lil Wayne told me Friday he'd be there for Chris Paul this evening in Phoenix – and he's right there in the front row. They have a deep connection from CP3's days in New Orleans. I sure hope he inspires CP3 to snap out of his funk/slump.

Unfortunately for Wayne, he was on hand to watch the Suns get destroyed by Luka Doncic and the Mavs and fans immediately mocked him on social media.

Lil Wayne should’ve stayed home. Luka seen him at the game and turned into 93 Jordan https://t.co/loMj9DyvZ8

Luka Doncic after Lil Wayne called him a ho. pic.twitter.com/lHlGQa3uAa

Lil Wayne figuring out how to delete this tweet about Luka 💀 https://t.co/nnRB3sMAOW pic.twitter.com/mfC5ddQWDJ