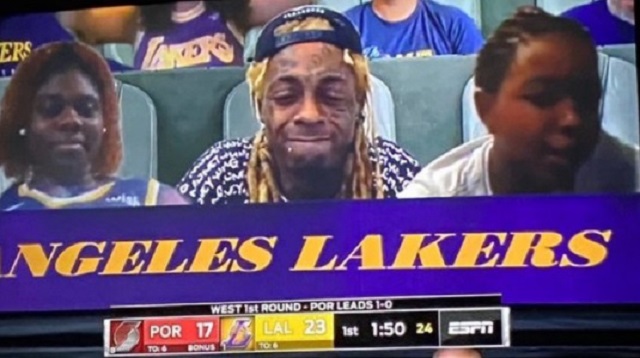 It was only a matter of time until we saw someone did something wild as a virtual fan during an NBA game.

During Thursday night’s Lakers-Blazers game, rapper Lil Wayne was the featured celebrity to join in and watch the game as a virtual fan.

Of course, Wayne couldn’t sit through an entire game without getting his smoke on. During the game, Wayne was caught by the ESPN cameras slipping off and reemerging in a pool of smoke.