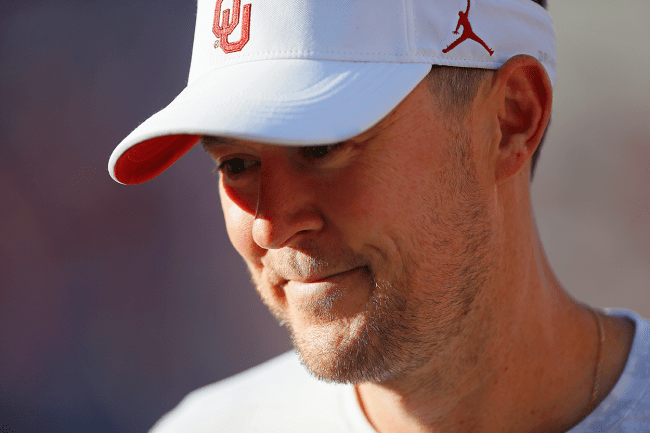 It has been exactly 40 days since Louisiana State University and head football coach Ed Orgeron mutually agreed to part ways. Since then, the rumor mills have been working overtime.

Nobody knows exactly who the next LSU coach will be, but a few names have been thrown around more than others. Among them are Louisiana-Lafayette’s Billy Napier, Iowa State’s Matt Campbell and Texas A&M’s Jimbo Fisher.

However, in recent days, one name in particular has been making waves— Lincoln Riley. Oklahoma’s head man has been linked to the Tigers’ opening through quite a few sources and reporters, both verified and unverified.

One report even alleged that Riley had a contract placed on his desk. But at this point, it’s all speculation.

While it would undeniably be a big-splash hire, Riley’s name is in the mix for almost every big job on both the college and NFL levels. The question is whether LSU can draw him away from Norman, even with the Sooners set to join the SEC in the coming years.

If Riley’s recent Twitter followers are any indication, it seems as though the Tigers might have pulled it off.

Of the people who have recently followed Riley on Twitter (not people who Riley have followed), five people stand out.