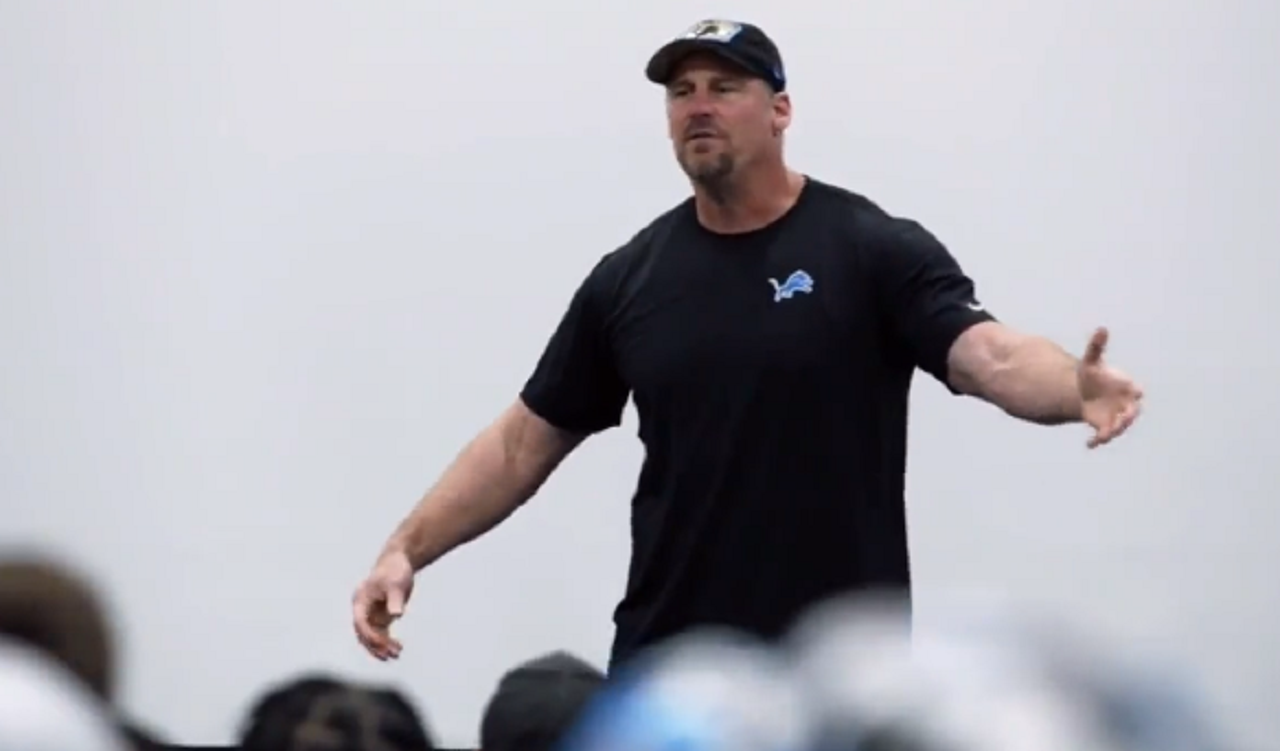 Lions head coach Dan Campbell has already cemented himself as a Hard Knocks legend after this season’s first episode.

On Tuesday night’s premiere, Campbell went viral several times after he was filmed saying absolutely hilarious things throughout the show.

During his opening monologue delivered one of the best lines in the show’s history.

“It doesn’t matter if you have one a** cheek and 3 toes, I will beat your a**” – Dan Campbell pic.twitter.com/r6b5SEOyhS

Campbell went on to end the show with a hilarious Deez Nuts joke.

Dan Campbell is one of a kind pic.twitter.com/SCrmj5QG8o

Campbell, who was already a fan favorite, gained more fans after just one episode of Hard Knocks.

How could you not want to play for Dan Campbell pic.twitter.com/t7bERi2zHQ

Dan Campbell is going to literally drown someone to win a football game. I love it

That was incredible. Absolutely incredible. I love this team. I love Dan Campbell. I love Hutch.

I am drinking the kool-aid. Go Lions.