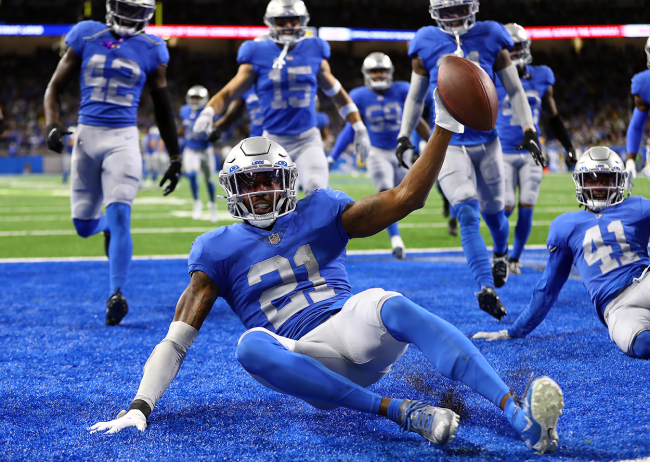 The 17th season of HBO’s ‘Hard Knocks’ is set to begin this upcoming week and will bring the cameras inside the Lions organization. It is going to be a wild season, considering the demeanor of head coach Dan Campbell and the lack of success in Detroit over recent years.

While all of the different storylines will be great, there is already a breakout star.

Fifth-year safety Tracy Walker III’s son Tracy Walker IV is going to be the best part of the show. As the fourth of his name, Walker IV’s father, Walker III brought him to training camp last week and explained that he calls him ‘Cuatro’ because his wife is hispanic.

Well, Cuatro is about to take over Hard Knocks. The young Lions offspring commands the spotlight.

In a new sneak preview clip from the show, Cuatro can be seen having a catch and taking a tumble while running for daylight away from his dad. He also brought the heat with his outfit and Jared Goff took notice.

To close out the compilation, the Lions mascot is trying to hang out with Cuatro, but he is having none of it. He knows not to trust the mascot. We don’t know who is under the costume. It could be anyone. Cuatro is not about the mascot life.

As the new season gets underway this week, there are a lot of great storylines to watch out of Detroit. Is this the year that the Lions start to figure it out and return to relevance?

No matter what drama comes up, none of it will be better than Cuatro. Give us more Tracy Walker IV.