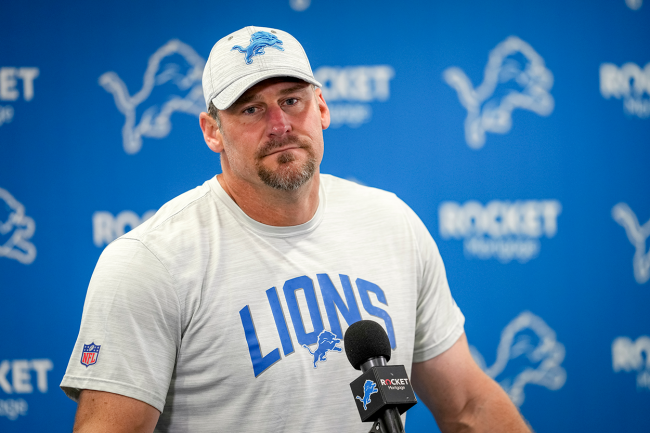 Dan Campbell is a no-nonsense, all-business kinda guy. It’s his way or the highway and his way is as old school as old school gets.

In fact, it would not surprise me if Dan Campbell longed for the days before iPhones, cellphones, and even pagers. At least to some extent.

On Wednesday morning, before the Lions took the field for the opening day of 2022 training camp, the 46-year-old head coach took some time to speak to the media. Campbell, presumably fully caffeinated with his insane daily Starbucks order, took the podium at about 8:00am EST.

Not long thereafter, The Athletic’s Colton Pouncy got off to a hilarious start to the season. It may not have been so funny in the moment, but it’s incredible when played back and Pouncy was able to joke about the entire thing after the fact.

In the middle of one of Campbell’s detailed, long-winded responses to a media member’s question, Pouncy’s iPhone alarm started to ring. Campbell, not-so-jokingly at first, snapped at him for interrupting. He quickly laughed it off and asked Pouncy his name, telling him that he will never forget him.

It was the most Dan Campbell reaction ever. Perfectly on-brand.

Pouncy, who may have indirectly helped himself to get a leg-up on his fellow reporters in terms of notoriety, apologized for the the incident on Twitter. His bad!

We are exactly (less than) one day into training camp and we already have a Dan Campbell moment. Football season is officially upon us— now everybody say hallelujah!