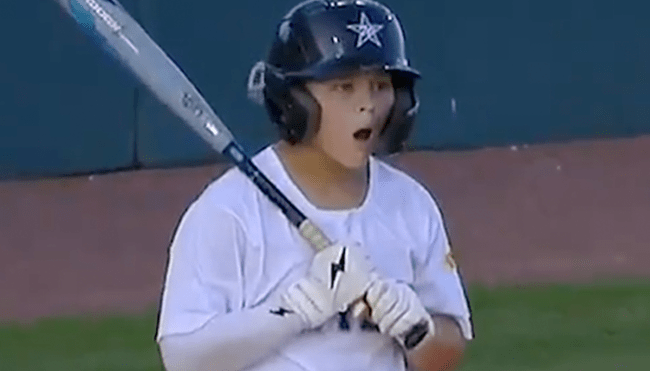 When you consider Angel Hernandez still has a job as a Major League Baseball umpire despite decades of evidence that firmly suggest that should not be the case, I guess it shouldn’t come as too much of a surprise that many of the people tasked with manning the plate at lower levels of the game leave even more to be desired.

If you’ve ever been to a Little League game, you likely know that far too many parents expect nothing less but perfection from the 14-year-olds working for a free cheeseburger and a bottle of Gatorade from the concession stand at the end of the contest. However, I think it’s fair to expect a bit more from the real, actual adults who presumably get paid real, actual money to ump televised games at (and leading up to) the Little League World Series.

Both Louisiana and Texas West had already punched their ticket to Williamsburg when they faced off in the Southwest Region championship game on Tuesday, but it’s hard to imagine the umpire responsible for calling the balls and strikes will also be getting an invite based on what unfolded in the top of the third inning.

Texas West outfielder Landry Pate stepped up to the plate to kick off the frame for an at-bat that should’ve opened with a 1-0 count. Unfortunately, the ump was presumably intent on making sure he had time to make a stop at the Raising Cane’s in Waco based on his decision to call a strike after Louisiana’s catcher framed a ball that had just made its way through the batter’s box.

It’s safe to say Pate was not thrilled with that development based on his perfect reaction.

He couldn't believe this call 😂 🤣 pic.twitter.com/ibIHwM679h

Yup, I think that sums things up pretty well.