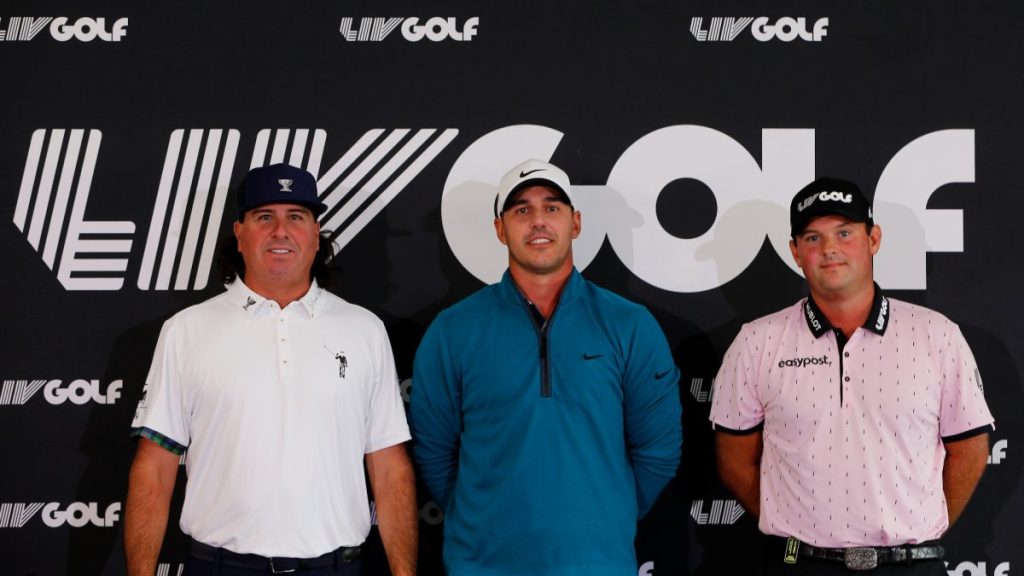 Golf fans on social media got a chance to see how the new LIV Tour players travel, and we have to say, it looks like they’re living it up. A recent video was posted on Twitter showing what the inside of the LIV jet looks like, and it’s far from the coach that I’ve gotten used to flying.

The massive jet comes fully equipped with a first-class seating section and what looks like a hotel room bar. This recently released clip appears to show golfers Dustin Johnson and Pat Perez flying in style while blasting “We Are The Champions” over the surround sound speakers.

On the PGA Tour, players typically fly to events on their own. The new LIV Tour, however, is providing this insane luxury private jet as it travels the globe.

LIV has been criticized for its funding, which comes from Saudi Arabia. Many disagree with the country’s human rights policies, which has caused a sort of split in the golf world.

While many chose to stay in the PGA, there were those that opted to take the insane payouts that the new LIV Tour was offering. Dustin Johson, featured in the above clip, was given a reported $125 million to join the league. Others have received similar offerings, while prize money for the events falls in the $25 million range.

Perez, also featured in the video, received a $900,000 prize for his 29th place finish (8 over par) in Portland over the weekend.

It doesn’t seem like the gigantic contracts are hurting the investors judging by this insane jet that the players are traveling around in this season.