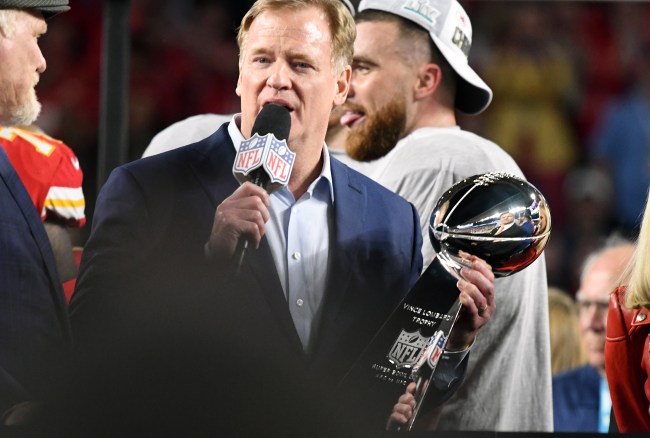 The 2020 NFL Draft is going to be the most memorable draft of our lifetimes and not because it’s stacked with a historic amount of game-changing prospects. I’m sure you know by now that the 2020 NFL Draft will be virtual with all 32 teams making their draft picks from remote locations.

Obviously, this is due to all of the current public safety measures in place to keep everyone healthy across America but it likely means the 2020 NFL Draft will be completely unrecognizable from years past when the 1st Round brought the game’s elite into a crowded room full of agents and sponsors, NFL legends on stage with Roger Goodell, new NFL hats being debuted with each team’s draft pick, and fans booing with all of the oxygen their lungs can produce.

For me, the booing is easily the best part of the NFL draft anytime my team isn’t picking. Hearing the deafening boos anytime Roger Goodell walks on stage makes for amazing television. As it turns out, Roger recognizes that the boos are an integral part of the NFL Draft experience on TV for fans at home.

Goodell spoke about the possibility of incorporating those boos into the virtual draft this year with montages of select fans. The NFL does put out the best TV product of any professional sports league in America so I’m sure they’ll figure out a way to make this virtual draft amazing. Here’s what he had to say:

“I guess you’re going to have to show up and watch,” Roger Goodell told Peter King for his pre-draft Football Morning in America column. “But I will say this: It’s a big part of the draft. I personally love the engagement with our fans. That [booing] is included. For us, we had to think through, ‘How are we going to bring the fans into the event? How are we going to allow the boo to be a part of the event as it has been in the past?’”

As King explained last week, each pick will include a montage of 15 fans, who will interact with Goodell and/or react to the pick. Unless the NFL encourages them to boo (and if that happens the booing could come off as forced or inauthentic), those 15 fans will lack the herd anonymity that allows fans in one breath to boo Goodell and in another to rush for signatures and selfies. (via Pro Football Talk)

The first round of the NFL Draft is this Thursday, April 23. It will run through Saturday with coverage spread across ABC, ESPN, and the NFL Network. Round One will air on Thursday, Rounds 2 and 3 on Friday, and rounds 4-7 will take place on Saturday.

If you need a quick reminder, the Cincinnati Bengals have the #1 overall pick followed by the Washington Redskins, Detroit Lions, New York Giants, Miami Dolphins, Los Angeles Chargers, Carolina Panthers, Arizona Cardinals, Jacksonville Jaguars, and the Cleveland Browns round out the first 10 picks. For a full rundown of the draft order you can click here to head on over to ESPN.