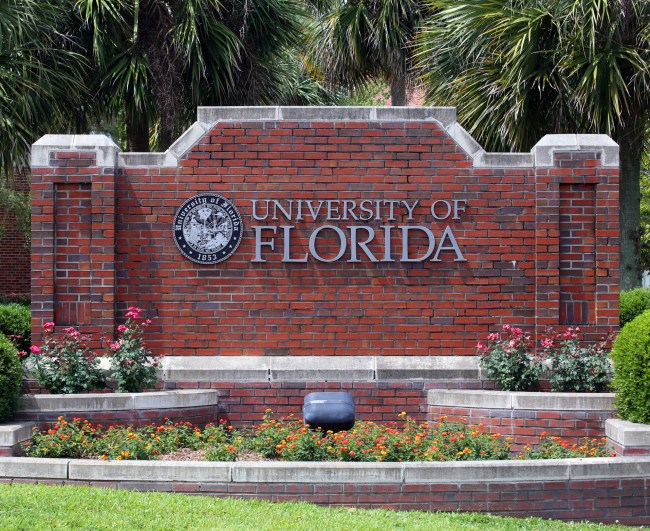 Thinking back to my non-athletic trips to visit college campuses and even then it was clear to me that my parents were using those visits as mini-vacations.

Tulane in New Orleans? Dad suddenly wanted to tag along with me and mom so he could eat at Commander’s Palace and Antoine’s. Emory in Atlanta? The ATL has some of the best restaurants in the South and it was a quick trip from Florida for the whole family.

One college football recruit’s dad took this whole piggybacking onto a college campus visit to a whole new level this week. Lloyd Summerall III is a 4-star recruit from Lakeland, Florida, just a hop, skip, and a jump down the road from Gainesville, Florida with the Gators play. Lloyd’s dad accompanied him on his official visit to The Swamp with Head Coach Dan Mullen but instead of sitting back and letting his son bask in the limelight, Lloyd Summerall II decided he wanted to participate alongside his son.

This ultimately led to the best recruiting photoshoot I’ve seen in longer than I can remember, maybe ever. The dad put on a full Florida Gators uniform alongside his son for the photo shoot only the dad doesn’t have the physique of a 4-star athlete.

“All the recruits were right there, so they had everything accessible. All the sizes for anybody. Anybody could have fit in it that day. Every parent already had on shirts. So I took it a step further. I had to one-up everybody.” (via The Athletic)

The reactions on Twitter have been pretty spectacular so far.

Some solid CBs coming in this morning 😂 pic.twitter.com/uiUUPcwIXo

Pops said if it’s my son its me too😭‼️ https://t.co/ak1WOnrBZM

There was so much interest in this dad joining his son’s recruiting photoshoot that he’s already been featured in The Athletic and Sports Illustrated. Apparently, this was actually head coach Dan Mullen’s idea to put the dad in the uniform after looking the dad over and telling him he was ‘pretty swole’. The rest is history.