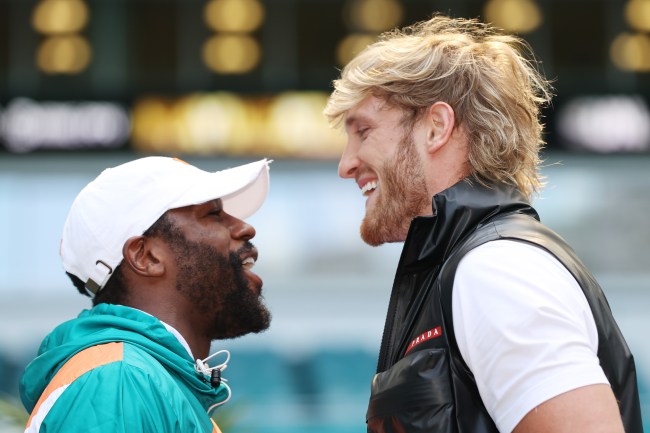 Logan Paul is feeling pretty confident ahead of his exhibition boxing match against Floyd Mayweather this weekend.

On Sunday in Miami, Paul is set to face Mayweather, who many consider one of the greatest boxers of all-time. During the latest episode of Showtime’s Inside Mayweather-Paul, the famous Youtuber, who only has two pro fights to his name, believes the retired boxing great is overlooking him.

“He doesn’t know who he’s getting in the ring with. He really thinks I’m a YouTuber, he really thinks I’m a fake fighter and I get it, “Everything I portray online says the same thing, but we really are about this life now. Floyd underestimating me is going to hurt him, I think.”

Paul went on to say that he hopes Mayweather brings all of his championship belts because once he knocks him out he’ll retire as the “greatest boxer on the planet.”

“I want Floyd to bring his belts, all of them because I’m going to knock him out and become the greatest boxer on the planet. Then I’m going to retire, buy some land in upstate New York and not give Floyd the rematch,”

Mayweather on the other hand doesn’t seem too worried about Paul.

“It really doesn’t matter if I have an intense training camp or don’t. This kid doesn’t have a chance in hell. I can’t be f***ing beat. I’m Floyd. I beat the biggest names – real fighters. This is a YouTuber, c’mon now.”

Paul vs Mayweather is set to take place on Sunday in Miami at Hard Rock Stadium live on Showtime PPV.