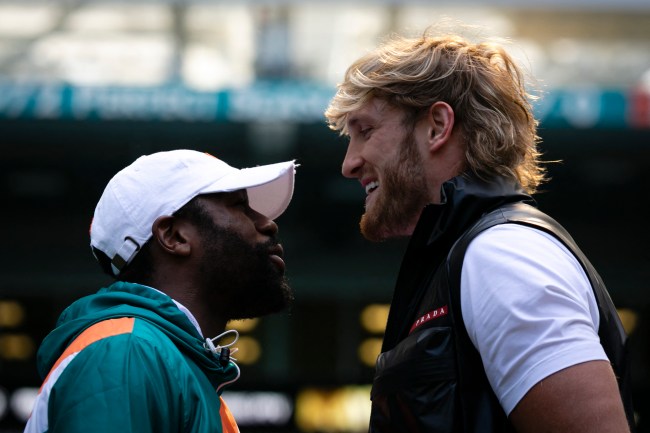 Last week, Logan and his brother Jake got into a heated altercation with Mayweather after Jake stole the boxer’s hat during a press conference.

An irate Mayweather began yelling “I’ll to kill you motherf***er” at Jake and Logan while pacing up and down Hard Rock Stadium.

Floyd Mayweather is now yelling “I’ll kill you motherfucker” at Logan Paul while being held back 😂😂 pic.twitter.com/LPSuDDclT0

Logan says he spoke with TMZ and says he currently added 24/7 security because he feels Mayweather has access to shady people who could do harm to him and his brother.

“Dawg, when you have a guy with the resources and the wealth that Floyd Mayweather has and the connection and the network, and he’s saying s**t, ‘I’mma kill that motherf***er’ — kill?! Death?! You’re gonna kill my brother over a f**king hat?! Yo, we take that s**t seriously man!”

Logan says the Paul bros now have bodyguards with or around them “everywhere at all times.”

Logan, though, says he and his brother will NOT be going to cops or filing anything in the court system over the threat — the older Paul brother said that idea is straight-up “bitch s***, bro.”

Logan’s interview comes after it was revealed that his brother Jake had been banned from attending the fight in Miami next month.