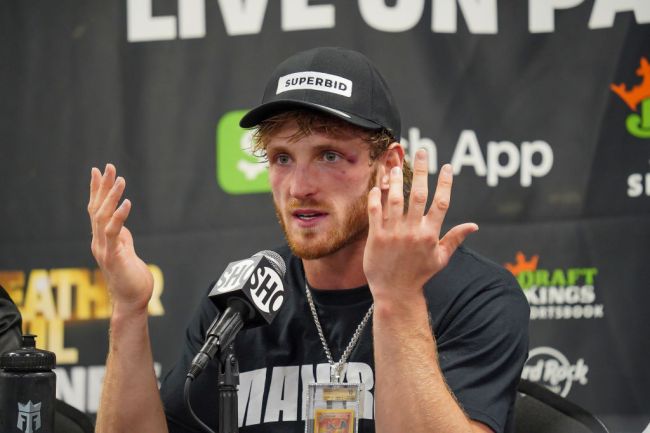 It looks like there is one thing Logan Paul now agrees with the rest of the world on. He should have never fought Floyd Mayweather.

The fight was seemingly set up for two reasons. Logan Paul wanted to be able to tell the world he went the distance with Floyd Mayweather, which was almost a certainty with Floyd never trying to put him away. The other reason was for the two men to make a ton of money off of the spectacle.

Unfortunately for Logan Paul, it seems that second reason has failed to come to fruition. Paul is claiming that he was never paid for the fight, which took place in June, and told TMZ that he is so mad he’s going to sue Mayweather.

“It’s honestly bulls***,” Logan said outside Saddle Ranch on Thursday. “Like, having people who aren’t a professional promotional company control where the money goes, we made that mistake, but it’s Floyd Mayweather. Before we fought him, we were kind of willing to do whatever. Now after the fact, we’re kind of shooting ourselves in the foot because he’s a “f***ing scumbag”

According to Paul, Mayweather has even reached out about fighting again and Paul shot him down in no uncertain terms. However, that doesn’t mean that his outlook on his boxing career as a whole has soured. In the clip where he talked about the lawsuit, he also mentioned a potential next opponent from Brazil.

It would appear we’ll never get to see the score settled between Logan Paul and Floyd Mayweather in a boxing ring after their exhibition match was so inconclusive, but maybe they’ll be duking it out soon in the courtroom.