How To Watch Logan Paul Vs. KSI Boxing Livestream On DAZN 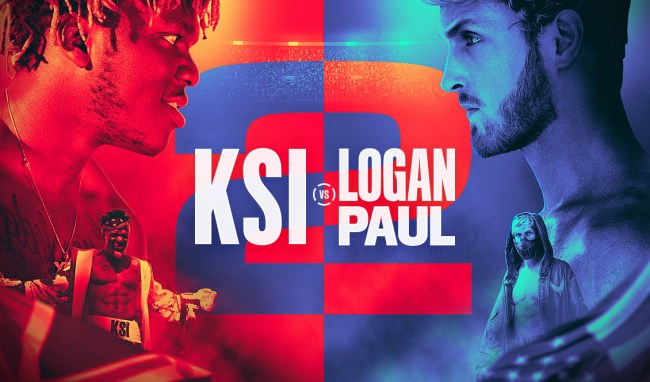 On Saturday night, KSI and Logan Paul – two of the biggest YouTubers on the planet – will enter a boxing ring at the Staples Center to slug it out in a re-match. Last summer, at a marquee event in Manchester, KSI vs. Logan Paul ended in a draw. After over a year of training, they’re set to come to blows again in a fight that will be streamed behind a paywall on DAZN in North America. In the U.K., the fight will be shown on Sky Sports Box Office.

Millions are expected to tune-in to the KSI vs. Logan Paul stream around the world, which is scheduled to start at 11:15PM ET on Saturday, November 9th. The main card starts at 9PM ET.

If you’re not familiar with the streaming platform DAZN, it’s a force in the boxing and combat sports world. Once you sign-up for a subscription, you can tune-in on a number of different systems, including, Amazon Fire TV/stick, Android, Apple TV, Google Chromecast, iOS, Playstation 3, Playstation 4, Roku and Xbox One.

You can also log-in and stream on DAZN.com and livestream KSI vs. Logan Paul on Chrome, Firefox, Internet Explorer and Safari.

If you’re a boxing fan, you’re not going to want to miss two fights on the undercard, before the KSI vs. Logan Paul livestream: The WBO super-middleweight title fight and the WBC lightweight title. British boxer Billy Joe Saunders is fighting, along with 20-year-old Devin Haney who might just be the next Floyd Mayweather.

Don’t miss a ridiculous evening of fights, only on DAZN. 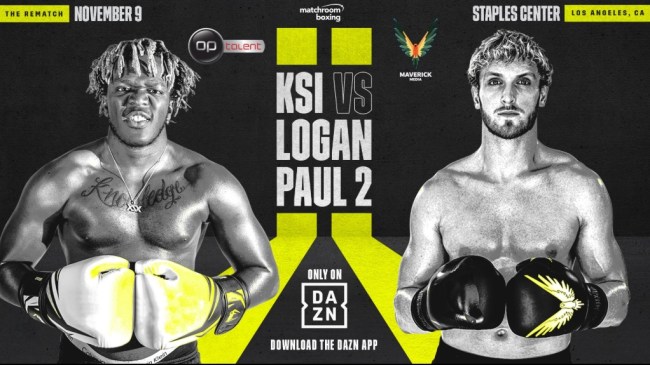 Also, if you’re taking action the Logan Paul vs. KSI boxing match, here are the odds: