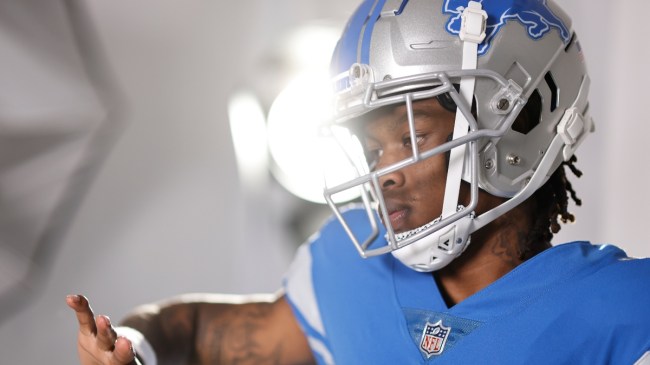 The Detroit Lions are getting a massive boost for their offense as rookie wide receiver Jameson Williams is returning from injury. However, it sounds like he’s not only going to play receiver, as Dan Campbell is making Williams on special teams. For that reason, Howie Long roasts the franchise in the truest way possible.

Dov Kleiman shares a clip of Jay Glazer explaining the situation. The Lions apparently plan to use Jameson Williams as a gunner on special teams. Essentially, his job is to run down the field and make the tackle.

Howie Long clearly hates the idea, as he immediately tells the FOX crew “that’s why Detroit struggles.” Listen to the full clip below about the Lions’ update.

#Lions will use 1st round pick WR Jameson Williams as a Gunner on special teams, per @JayGlazer

The FOX crew felt it was an odd move, Howie Long: “That’s why Detroit struggles..”

Getting a player acclimated to the NFL is a good idea. However, throwing him out there on special teams is a bit odd. Especially considering Jameson Williams is a first-round pick. And he’s coming back from an ACL tear. Overall, the Lions are doing something that’s just not normally seen in the NFL.

With that said, Howie Long is right to call out Detroit in this way. This is simply a terrible decision made by Dan Campbell. Mainly because he’s risking the health of a player coming back from a serious injury. Look for the Lions’ offense to improve with Williams on the field though.